The 29-year-old is said to be on the move this summer, with north London his ‘probable’ destination, according to the report. 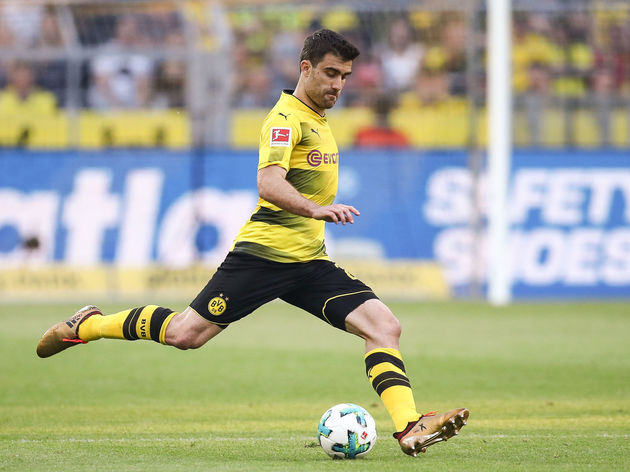 While there is also reported interest from Manchester United, Chelsea and ​Juventus in the 29-year-old Greece international, Mislintat's connections at Dortmund where he spent a decade could prove crucial and the report claim Arsenal's new recruitment chief has initiated talks with the player's agent.

Since arriving at the Gunners, scouting guru Mislintat has been credited with an integral role in luring Pierre-Emerick Aubameyang to the Emirates (also from Dortmund) in January.

Great atmosphere great game from the lads!!! We deserved the win but still one game to go I’m sure we will do it. Be proud gunners!! pic.twitter.com/u7cEMty1ny

The centre of Arsenal’s defence has often been a ‘soft centre’ for Arsene Wenger's side, one which has regularly cost the team big goals at crucial times. This was in evidence at no greater time than Thursday night’s conceding of ​a sucker punch away goal against Atletico Madrid.

Sokratis’ agent Konstantinos Farras is said to be in ‘close contact’ with the Gunners hierarchy, and Arsenal fans will be hoping that the Greek international’s potential arrival would go a long way towards solving their current defensive shortcomings.