​Torino's president has told AC Milan to forget about signing Andrea Belotti in the summer amid reports they could poach him away from their ​Serie A rivals.

​Milan are on the lookout for a new number nine due to their current strikers being unable to find the back of the net on a regular basis, and have earmarked Belotti as the man to fire them back to glory after a few years in the doldrums.

However, in quotes published by ​Calciomercato, Torino's head honcho Urbano Cairo stated that he would not be willing to sanction the departure of his side's star man ahead of the start of next season. 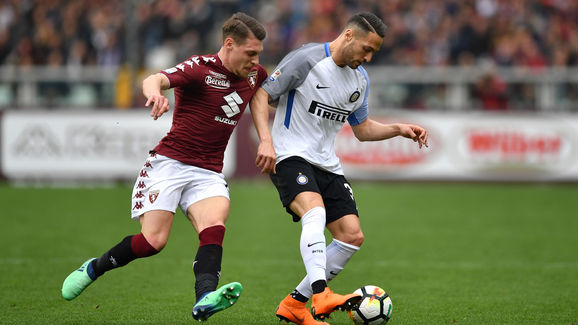 Cairo said: "I don't regret not selling Belotti last year, the goal is to keep him even for next season and get off to a good start."

Belotti has been one of the deadliest attackers in Italy's top flight over the past two seasons, with 40 goals plundered in all competitions for the Turin-based side during that time.

His displays have piqued the interest of plenty of European giants over the course of the last two years, with ​Chelsea, Milan and ​Manchester United all touted as future destinations for the 24-year-old.

Urbano Cairo, president of Torino on Andrea Belotti: "His contractual position is clear, if a foreign club puts 100 million on the table Belotti can leave, otherwise, Belotti remains. I never wavered, at the beginning of last summer market I had decided not to sell him.

Belotti has plied his trade with Torino for three seasons now and could decide that it is time to up sticks and head elsewhere to try and win some silverware, and Milan will hope to convince Torino to sell up even though Il Toro don't wish to let him go.

Milan have struggled for goals all season long, with Patrick Cutrone their top goalscorer with 15 in all competitions.

Other strikers like summer signing Andre Silva have struggled to adapt to life in Italy too, with the Portugal goal-getter registering just 10 strikes in 39 appearances so far while Nikola Kalinic has been left out in the cold by Gennaro Gattuso.

It is an issue that has seen Milan fail to challenge for the Scudetto after a huge monetary outlay last summer - I Rossoneri lying seventh in the table and only finding the back of the net on 44 occasions in 34 games to date.