​Arsenal have supposedly entered the race to sign Roma midfielder Radja Nainggolan, despite Arsene Wenger's decision to leave the club at the end of the season.
​

The Belgian star has had another fine season for the ​Serie A outfit, helping them to third in the table after 34 games, and his stock is definitely high. 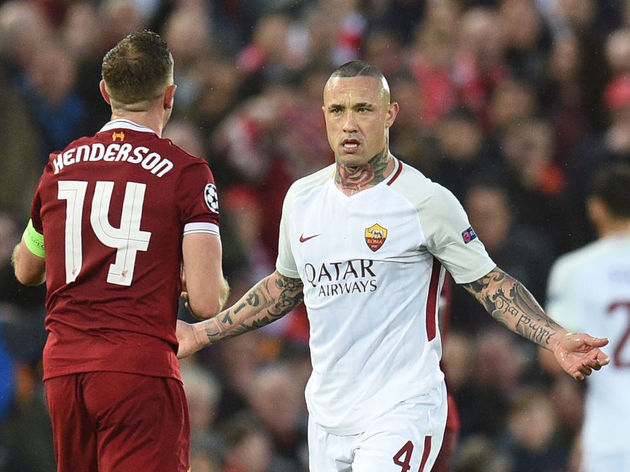 Nainggolan has been with Roma since 2014 after joining from Cagliari, and has established himself as one of Europe's top all-action midfield dynamos since then.
​

The 29-year-old could feel as though the time is right to move on at the end of the season - the player has already been with Roma for a number of seasons and may be seeking a final big contract and challenge.

As reported by the ​Sun, Arsenal have joined Chelsea and ​Manchester United in the race to sign him ahead of next season. Roma supposedly may need to balance the books this summer and should be able to rake in around £45m by selling Nainggolan With Wenger leaving, the club are already looking at new personnel both on and off the field - and the experienced Nainggolan is thought to fit the bill.

Ominously for the Gunners, the Antwerp-born star has said previously that he would not like to be at a team that wins everything easily.

He admitted earlier this month: "I’ve never won anything, but I think that for those who know me, I’ve always played to win.
​

"Sometimes I prefer to take the hardest path. It would be too easy to go to a winning team and win."

Former Barcelona boss Luis Enrique is the current favourite to succeed Wenger, and is understood to be keen on signing Nainggolan.​