​Jose Mourinho has admitted he hopes he can become friends with rival manager Arsene Wenger and call a truce, after the Frenchman announced his departure from Arsenal.

Mourinho and Wenger have endured a lengthy feud which have dominated the headlines over the years. The feud stretches all the way back to 2004, when Wenger had just won the Premier League whilst Mourinho became manager of ​Chelsea and stole the title off the Gunners that season.

More recently came the occasion Mourinho called his counter-part a 'specialist in failure' which sparked a media frenzy and a feisty rivalry between the two. ​Sky Sports 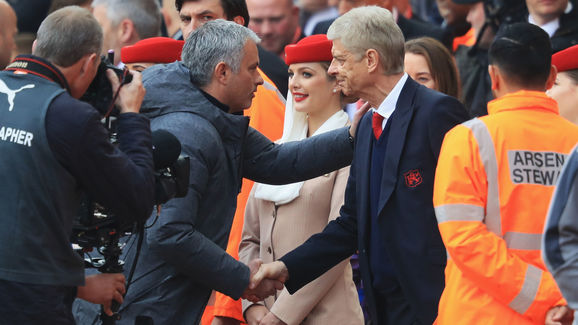 "But in the end I respect him a lot, I tried to show that in the past couple of years there were no more problems at a different stage of my career with a different profile. 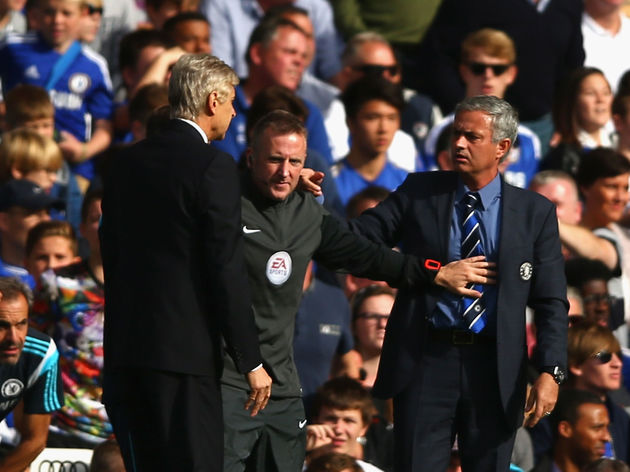 "I feel sorry that after Sir Alex Ferguson - but it was obviously Sir Alex's decision [to leave] - the next big one, the next iconic one is leaving the ​Premier League."

Both managers have won a combined six Premier League titles, eight FA Cups and three league cups with Wenger still having the opportunity to replicate Mourinho's Europa League success with United in 2017. Arsenal are set to face Atletico Madrid in the semi finals of this year's competition.

​Arsenal travel to Old Trafford on Sunday afternoon where it now appears there will likely be a warm embrace between the two after the games as Wenger looks to end what has been an eventful rivalry with ​Manchester United with the last laugh.