​Patrick Vieira has opened up about the possibility of making an emotional return to Arsenal as their new manager and insists he's 'ready' to answer the call if asked to do so.

The Gunners legend is currently the first-team boss of Manchester City's sister club New York City in MLS, but has been touted as a potential successor to Arsene Wenger when the Frenchman finally brings the curtain down on his 22-year career at the helm.

Vieira was quizzed by ​Goal about the growing links that had installed him as a favourite to land the post at the Emirates, and the ex-midfielder admitted that he would be ready to fill the void if ​Arsenal wanted him. However, Vieira placated any possible stoking of the flames by insisting he was yet to hear about a concrete offer from the ​Premier League side.

He said: "If the question is if I’m ready: yes I’m ready. (But) honestly, and seriously, no (I haven't been contacted).

Patrick Vieira should be the only target for Arsenal.

Vieira was tipped to be one of the main candidates to replace Wenger in north London alongside ex-​Barcelona manager Luis Enrique and former ​Chelsea and ​Bayern Munich gaffer Carlo Ancelotti.

And in separate quotes from the former France international in a different interview with the ​Times, the 41-year-old revealed that he knew there was talk about his potential appointment as he admitted he was 'honoured' to even be part of the discussion. 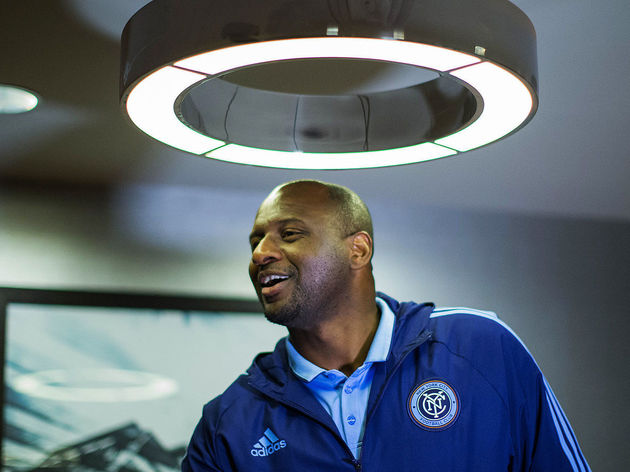 Vieira said: “I mentally know what’s going on, what people are saying, and I’m really happy about that because I think it’s good to have you name linked with a team like Arsenal but honestly it’s not something which will stop me doing what I am doing at the moment.”

“Of course it’s an honour to be mentioned with Arsenal. It was somewhere I spent nine years and I love the club.

"I played my best football there and made my name in the game. I am always going to have a deeper relationship with Arsenal. That [alone] is not enough to coach that team but I’m ready to coach any side in Europe."