W90
WorldNews
Lists
Next Article
Will Cristiano Ronaldo be eligible to play Champions League football for a club he joins?

Braces from Mohamed Salah and Roberto Firmino, plus a strike from Sadio Mane, gave Liverpool one foot in their first European final since 2007. 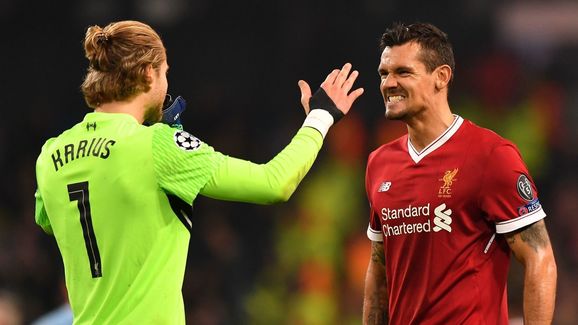 However, Liverpool fans were not completely happy with their side's performance, with many singling out goalkeeper Loris Karius for criticism. He conceded two late goals, including a penalty, and many Reds fans share the view that Klopp needs to strengthen his goalkeeping department if the club are to achieve medium-to-long term success.

Below is a selection of some of the best Twitter reactions from Liverpool fans, several of whom were also critical of Croatian defender Dejan Lovren.

@TV3SportIreland Karius and lovren are the weak points in our team... better teams we play more exposed they will get but what he have atm is something magic #YNWA

Both have to go, too many mistakes with Lovren, although Karius has improved still not solid enough

Lovren and karius , dreadful again . Help us out lads . Other than that can’t complain too much

After van Dijk came in, Lovren has been brilliant. You cannot argue with that, cuz it’s a fact. Karius made a huge mistake today, Mané missed two clear chances and Firmino probably should have scored early in the first half. Everybody think Lovren is the sinner. It’s just wrong.

Karius is absolutely woeful!! Get rid of him ASAP!!!

Liverpool now travel to Rome for the second leg of their semi final next Wednesday, with a place in the Champions League final in Kyiv at stake.

However, it will not be easy as Roma have previously proven they can stage a dramatic comeback on the international stage. They came from 4-1 down against Barcelona to draw 4-4 and advance to the semi finals on the away goals rule.​​