​Everton got their first win since March as they managed to beat ​Newcastle United 1-0 courtesy of a Theo Walcott strike.

In a game where chances were sparse, Walcott managed to finish off a well-executed Everton counter-attack to make sure Rafa Benitez's 100th game in charge of Newcastle ended in defeat.

The first chance of the game fell to the hosts. Newcastle failed to clear their lines, but thankfully for Benitez's side Tosun couldn't capitalise and his scuffed shot went wide of the post, and the Magpies were let off the hook. 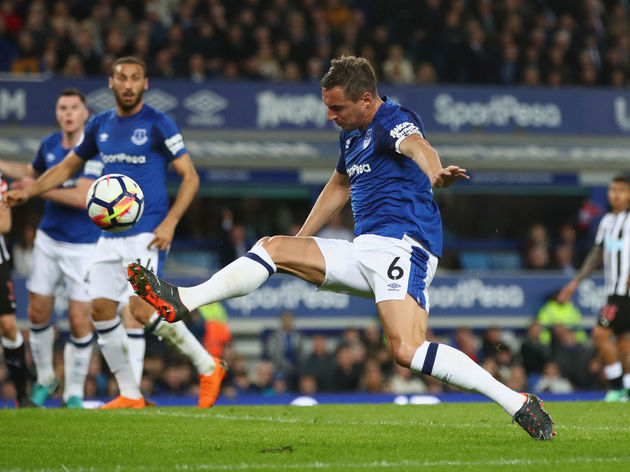 In a half where chances were few and far between, Everton had a big chance to break the deadlock. Michael Keane headed Wayne Rooney's corner across goal, but Phil Jagielka couldn't keep his shot down from close range.

Newcastle then had the perfect chance to go ahead in the tight affair. Jordan Pickford's poor pass was intercepted by Ayoze Perez, but the Spaniard couldn't play a simple pass into Slimani, who would've been one-on-one with Pickford looking to score his first goal since returning from injury.

The game started to open up, and Baines' inviting cross into the box wasn't met by anyone in another nearly moment for the Blues. A Jagielka mistake presented Perez with the first chance of the second-half, but the 24-year-old couldn't get a clean strike off and it remained goalless.

However, the deadlock was broken just a minute later. An Everton counter-attack saw Bolasie deliver a ball towards the back post, and Walcott was on hand to emphatically smash home from close range to give Sam Allardyce's side the lead.

Benitez subbed off Slimani for Dwight Gayle in an attempt to turn the game around, and the latter had a brilliant chance to restore parity straight away. Lascelles nodded Shelvey's corner into the path of Gayle, however, he volleyed over with his first touch of the game.

As the game entered the last 20 minutes Newcastle were desperately searching for an equaliser, and they almost did draw level, but Matt Ritchie's well struck free kick went just over the bar.

With four minutes left on the clock, the visitors had a penalty appeal turned down when the ball ricocheted off Jagielka's arm, but referee Bobby Madley waved away the visitors' shouts for a penalty as they desperately hunted for an equaliser.

The Magpies piled on the pressure in the late stages of the game, and almost equalised in the dying embers of the game. Coleman was forced to head away Murphy's goal-bound shot to make sure Everton held on for their 10th home win of the season.

TEAM NEWS: Here's how Newcastle United will line up at @Everton in the @premierleague this evening (kick-off 8pm BST). #NUFC pic.twitter.com/pgoNqN13Ly