​​Crystal Palace goalkeeper Wayne Hennessey is reportedly set to sign a new contract with the club despite his inconsistent form so far this season, according to reports.

The Wales international has featured in 24 Premier League matches so far this campaign and has been criticised by sections of Eagles supporters, with Palace conceding 54 league goals so far this season.

Hennessey was dropped in favour of club legend Julian Speroni earlier this term but has reclaimed the goalkeeper jersey, playing a role in Palace climbing the ​Premier League table, with Roy Hodgson's side now set to avoid relegation. According to the Daily Mirror via ​Sky Sports, Hennessey is set to sign a new deal with the Croydon club, who look good for another season of football in England's top flight.

The 31-year-old joined Palace in 2014 after impressing with ​Wolverhampton Wanderers, who themselves will play in the Premier League next season after winning the ​Championship.

Hennessey, who played for Wales during their historic run to the Euro 2016 semi finals, has made 103 appearances for Palace in all competitions and is set to extend his stay in London. 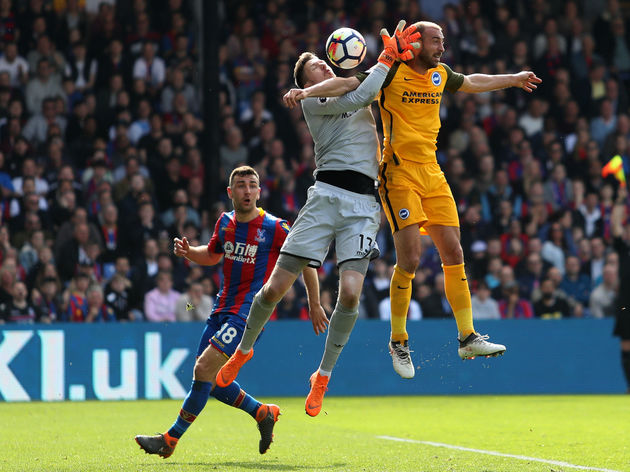 In other Palace related news, the club face a fight to hold onto star man Wilfried Zaha, who has been linked with a move away from the Premier League strugglers yet again, although the player himself has quashed the rumours recently.