Back From the Brink: How Liverpool Recovered From the Cusp of Mid-Table Mediocrity Under Roy Hodgson

​With Liverpool set to feature in their first Champions League semi-final in 10 years, the Anfield faithful once again have exciting, nail-biting nights under the floodlights to look forward to.

​Liverpool's European pedigree is undeniable, with the Gerrard generation having taken Europe by storm for a brief spell throughout the noughties. From that comeback in Istanbul, to mercilessly dismantling some of Europe's super clubs, Liverpool fans of a certain age have pretty much seen it all in their time.

However, for the younger generation, they may be far more used to the Liverpool side that failed to qualify from a Champions League group featuring FC Basel and Ludogorets - the kind of teams the Red men of years gone by would've dispatched without a second thought. 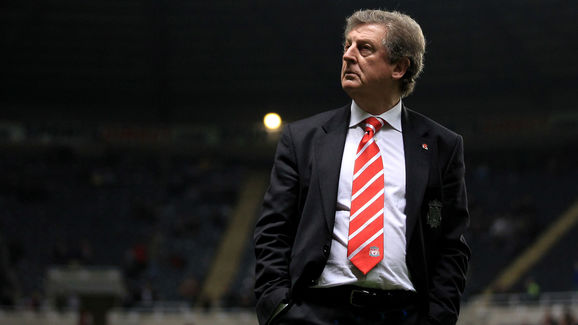 Instead, younger Reds had come to accept such mediocre performances as part and parcel of being a Liverpool fan - that being the regressive attitude inherited from the Roy Hodgson era at Anfield.

As far as Hodgson's tenure at Liverpool went, it was brief, but it cannot be underestimated just how damaging it was to the Merseyside outfit, in his short six months with the club.

Following the contentious dismissal of Rafael Benitez, Liverpool went from being a staple of the ​Premier League top four, to suffering one humiliating defeat after another as they gradually slipped further down the table 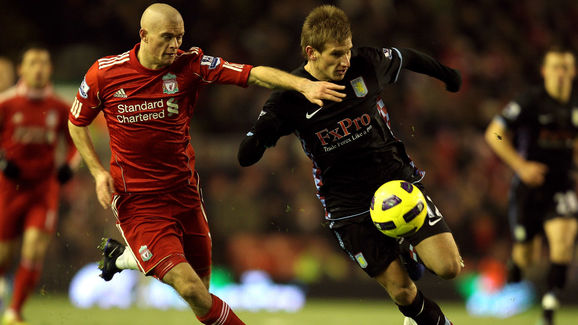 Instead, the former ​Fulham boss brought in some of the worst players Reds fans have had the displeasure of watching, including Milan Jovanovic and Paul Konchesky - whose mum infamously even had a dig at Liverpool fans, when the Kop took against the defender's shambolic performances.

We've had some crazy times havent we. Milan Jovanovic. Christian Poulsen. Konchesky. Aspas. Certainly a rollercoaster being a Liverpool fan.

Some shrewd recruitment throughout Rodgers' tenure as manager saw the likes of Philippe Coutinho and Daniel Sturridge come through the door to partner a small contingent of top quality players already present at the club, such as Steven Gerrard, Luis Suarez and Raheem Sterling, and it was starting to look as though Liverpool were making some headway in their endeavour to rebuild. 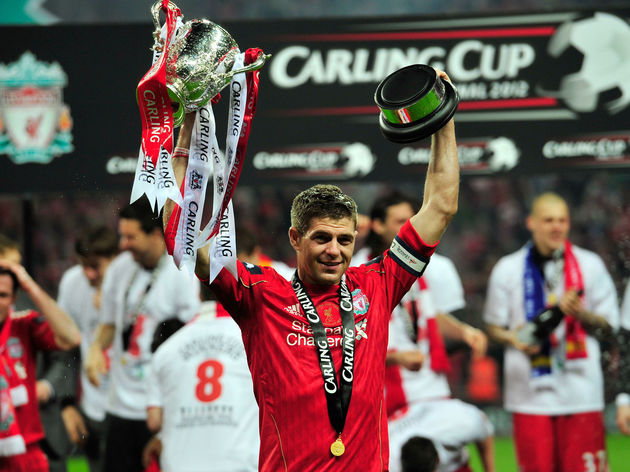 The following summer Luis Suarez, Raheem Sterling and Steven Gerrard had all departed the club and the reputation Rodgers had built for himself came tumbling down as he spent frivolously on sub-par players such as Lazar Markovic and Cristian Benteke, seeing history start to repeat itself.

In Rodgers' last 46 Premier League games (from the start of the 2014/15 season onward) the Northern Irishman achieved a 46% win rate, with a massively disconcerting 30% loss rate. Such statistics are fully representative of the team he constructed, with the majority of the Liverpool starting 11 being players signed throughout his tenure at the club. With the Reds once again falling into a pattern of taking one step forward and two steps back, Jurgen Klopp was appointed, cutting his sabbatical short in order to take up the helm of what was an apparently sinking ship.

A man renowned for his incredible acumen in terms of both man management and recruitment, Klopp took Liverpool to the final of both the League Cup and Europa League in his first few months in charge, leading a team bequeathed by another manager entirely to the verge of Champions League qualification.

Just three seasons ago Liverpool's main forward options were Borini, Lambert & Balotelli (10 goals in 102 apps, combined). Firmino, Salah & Mané have 82 between them this season so far. Sometimes worth taking a step back to see how much things have improved under Klopp.

The following season was where things truly began to take off for Klopp's Liverpool, with the German taking the Merseyside outfit to the Champions League for the first time since they failed to qualify from the group stage in the 2014/15 campaign.

A mixture of a wise recruitment policy, and top class man management, has seen Liverpool transformed from a team that seemed destined to stagnate in mediocrity, to a side that is able to compete against Europe's elite on the big stage once more.

The manner in which Liverpool have humbled a seemingly unstoppable ​Manchester City side thrice this calendar year demonstrates just how far they have come in such a short time under Klopp.

With Naby Keita and a host of other stars set to walk through the door at Anfield in the coming months, who knows just how long it will be before Liverpool are once again considered among the best teams in Europe.