'I Wasn't As Far at His Age': BVB's Marco Reus Praises Jadon Sancho After Goal in Leverkusen Rout

The teenager set a BVB and Bundesliga record with his goal against Leverkusen on Saturday, becoming the first English player to score for the club and the youngest to score in the German top flight at 18 years and 27 days old. 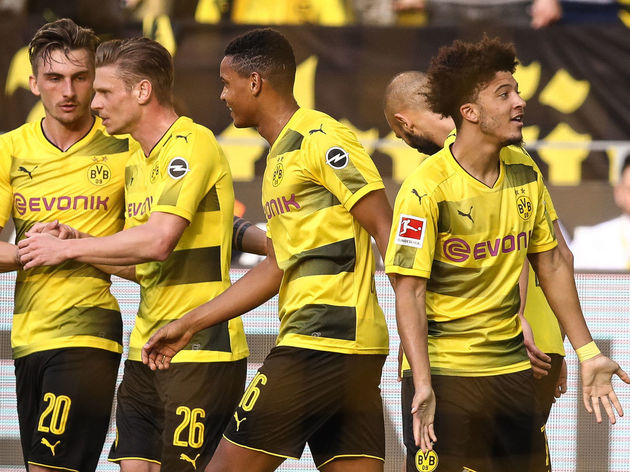 He had an incredible overall performance on the day, dishing out two assists in the win, one of which was preceded by a remarkable bit of skill, with the player controlling a long ball with his heel at full speed.

Reus, who recorded a brace on Saturday, has admitted that he believes that Sancho is better than he was at 18.

​Ki​cker in the wake of the victory 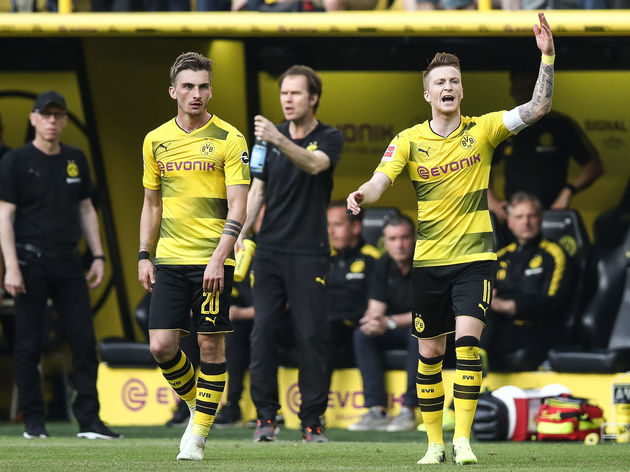 (You may also be interested in: ​French Report Claims Borussia Dortmund Is One of Four Possible Destinations for Arsene Wenger

The club's sporting director Michael Zorc seemed to agree with Reus' assessment. "Jadon was just outstanding for an 18-year-old," he declared.

Sancho hadn't started a match for BVB since a 2-2 draw with Freiburg in January, and he grabbed his opportunity with both hands after manager Peter Stoger decided to make changes to the starting lineup.

The former ​Watford and ​Manchester City winger could leave the Premier League sides regretting letting him go if he continues to play like he did on Saturday, but will be hoping to play a more important role in the side next season.