FanView: What Sunderland Must Address to Emulate the Rokermen of 1988 Following Relegation

​April 21 2018, similarly to May 17 1987, will live long in the memory of Sunderland supporters, with the once respected north east footballing institution reduced to nothing more than a shell of its former self; encasing only apathy and

A fan-spattered Stadium of Light, housing those who for 80 minutes had provided an underserved chorus of support, was left in disbelief as the true extent settled in. But as with any disaster, it is the recovery that is more defining than the original failure. The next 12 months will decide whether Sunderland are indeed the basket case to which they have been portrayed, or made of similar ilk to the Rokermen who inspired years of relative success 31 years ago.

Firstly, however, even if Ellis Short remains at the helm as the lads prepare to embark on the unknown of third tier football next season, there must be a collective and clinically executed plan to remove the dead weight within the squad.

To any football fan witnessing Sunderland’s demise and laughing at it, you aren’t a true football fan and are a disgrace to football. We are a family club going down the drain because of a negligent Yank who only cares about the size of his pockets. #SAFC

There are a dozen players within Chris Coleman's contingent whose contracts expire during the summer; with seven of those loanees. However, alongside the 12, the likes of Lamine Kone, Jack Rodwell, Aiden McGeady and

It might not be instant, it might take a new owner or two ... but Sunderland WILL come roaring back ... stronger than ever. #KeepTheFaith #SAFC

Sunderland have had the kind of season that ends with giving the club's Player of the Year award to the fans. 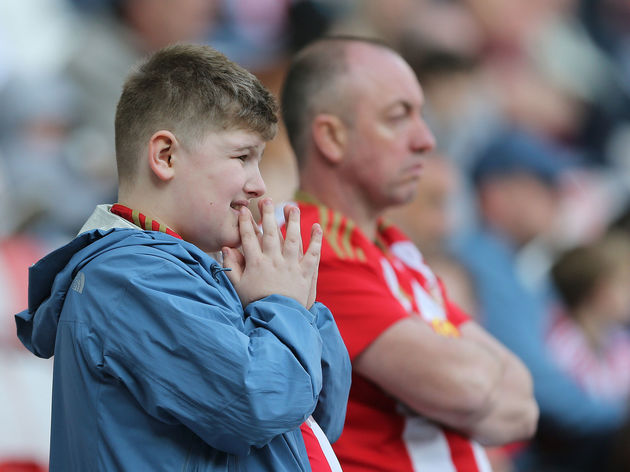