​Robin van Persie has called for Arsenal fans to remember how much Arsene Wenger has changed the culture at the club and reminded them that before his arrival, the Gunners were known as the bores of English football.

Tributes have been pouring in for the longest serving manager in English football since he ​announced his resignation as Arsenal manager at the end of the season, and former striker Van Persie is the latest to do so.

The Dutchman scored 96 ​Premier League goals for Arsenal and has Wenger to thank for his career successes, after the Frenchman plucked him out from Feyenoord back in 2004. 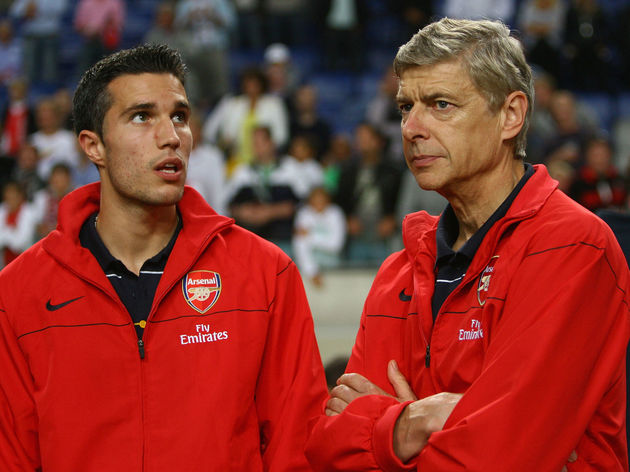 The pair had a great relationship and as reported by ​the ​Mirror, Van Persie this week spoke about how Wenger transformed the club and deserves lifetime respect from ​Arsenal fans.

He said: ''People forget where Arsenal was as a club before Arsene Wenger came.

''Single-handedly he has changed the entire culture of the club. Every young player that arrived at the club would be told that they would get time to develop. ''He had this plan for so many seasons. And the most special thing about this was, that Arsene made it all happen! He always had patience and trust in his players.

''He certainly did with me. I made mistakes, you know, but Arsene kept supporting me.

The heartwarming tribute from Van Persie may make Arsenal fans think twice about heaping criticism on Wenger, a man who is the main reason the Gunners are where they are today.