​Liverpool will be returning to Champions League action this week for the first leg of their semi final draw with AS Roma.

The Reds will be aiming for their sixth European Cup title and their first piece of silverware under Jurgen Klopp. Former Liverpool player and one of the heroes of the club's famous 2005 European triumph Luis Garcia believes victory in the competition this year would confirm Liverpool as England's most successful ever club - ahead of rivals ​Manchester United.

"What is the toughest and most important competition in the world to win?

"It is 5-3 to Liverpool now. If it becomes 6-3 then that means ­Liverpool will have double the ­success that United have had.

Garcia was part of the team that pulled off the miracle of Istanbul, when Liverpool came back from three goals down to win on penalties against AC Milan in the 2005 Champions League final. 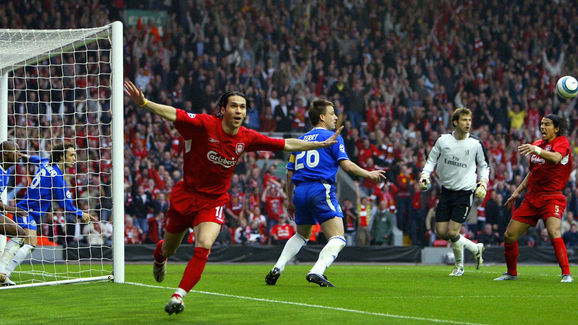 The Spaniard scored the famous 'ghost goal' against Chelsea en route to the final. Garcia's goal, which he will insist did indeed cross the line, controversially confirmed Liverpool's place in the final instead of Jose Mourinho's ​Chelsea.

Few expected Liverpool to win the Champions League that year, and Garcia sees a lot similarities between Liverpool's current squad and the underdogs of 2005. "And when we got past Bayer Leverkusen and ​Juventus, it was expected that Chelsea would beat us. Then the final against ​AC Milan...

"Liverpool have grown in a ­similar way under Jurgen Klopp.

"Maybe they will be favourites to get past Roma, but in the final everyone will expect a win for ​Real Madrid or ­Bayern Munich. I think we proved in 2005 that you can't ­predict what will happen."