​Phil Neville has claimed that if Tottenham had David De Gea as their goalkeeper, they would be sitting second in the ​Premier League instead of the keeper's current club ​Manchester United.

De Gea has been arguably the league's top goalkeeper yet again this year, keeping a extraordinary 17 clean sheets throughout the season and earning himself a nod for the Premier League Team of the Year.

​Tottenham's current keeper Hugo Lloris is regarded as one of the best in the league, but has made some errors this year that have led to people questioning whether he is on the same level as the likes of De Gea. 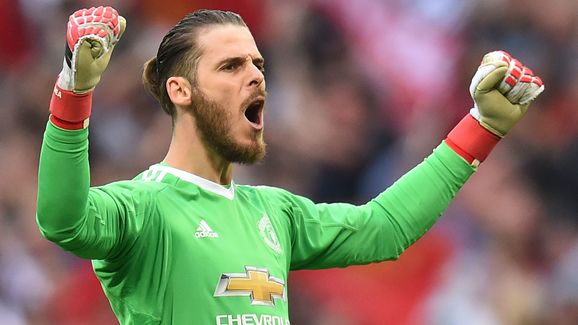 Former United man Neville heaped praise on De Gea whilst speaking on the BBC, as quoted by by ​HITC: ''

They look like they will finish second in the league this year, and yesterday reached their second FA Cup final in the last three years by beating Tottenham 2-1.