​Newcastle United boss Rafael Benítez is believed to have made ​Bournemouth forward Joshua King his top transfer target for the upcoming transfer window.

As reported by the Sun, the Magpies manager is working tirelessly to convince club owner Mike Ashley to stump up the £20m required to prize the powerful Norwegian away from the Cherries after being impressed with his tenacious performances for the south coast side this season.

Newcastle will be determined to bolster their ranks ahead of the next campaign, following their impressive return to the ​Premier League. 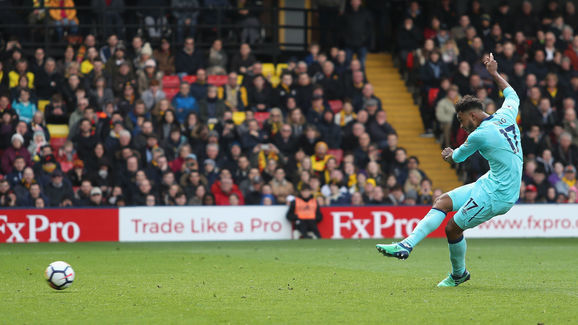 Benítez has been open about his desire to remain at St James' Park, but has claimed that a significant investment in the transfer window is imperative to the club remaining a competitive force in the Premier League. The Magpies could certainly do with some firepower up front, as their joint top scorers Dwight Gayle and Ayoze Pérez have scored just five goals each this season.

King - a former ​Manchester United youngster - has been with the Cherries since 2015, scoring 28 goals in 95 league matches. While his return is perhaps not as prolific as the ​Newcastle faithful may have hoped for in a transfer target, his extensive Premier League experience means that he should be a safe bet should the club decide to invest in him.

In other news, ​Chelsea forgotten man David Luiz has claimed that he's been cheering on the Magpies this season, as his close friend and teammate Kenedy has been impressing on loan. The Toon will be desperate to sign their loanee in the summer transfer window, as the Brazilian youngster has become a fan favourite with his gutsy performances for the club.