RB Leipzig star Yussuf Poulsen has admitted his support for Liverpool, and would fancy a move to the Premier League some day.
​

The powerful Dane has been making a name for himself in Germany since 2013, featuring for Leipzig frequently during their impressive rise up the divisions from 3. Liga. 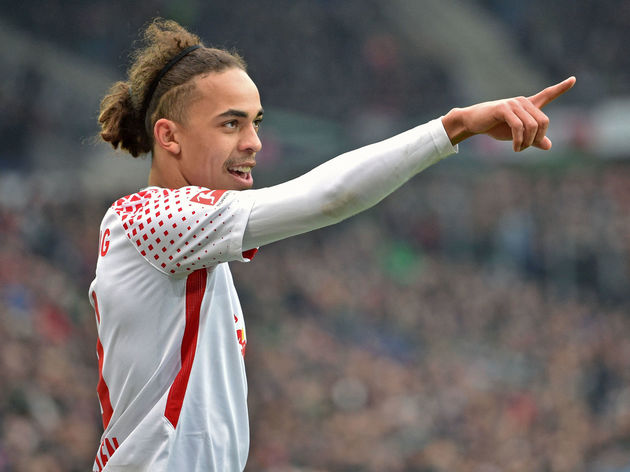 To date he made over 150 league appearances for the club, and drawn attention to himself for his physical style of attacking play.
​

A number of clubs are thought to be interested in the 23-year-old, but if it were down to Poulsen then Liverpool would be his next club after admitting to supporting them.
​

Speaking to ​Bild, he said: "The Premier League would generally interest me. That would fit well with my game. As a kid I 'kept' Liverpool. My best friend was a fan of the club - and then you are somewhere, too."

RB Leipzig forward Yussuf Poulsen sees a future in the Premier League, telling Bild: “I will try another league at some point. But, whether that is 2021 or 2025, no idea. The Premier League would interest me, that would fit well with my game. As a kid I liked Liverpool.” #LFC

It is not known whether the Reds would be interested in signing Poulsen specifically, but Jurgen Klopp is expected to be in the market for a new forward player in the summer.
​

Danny Ings, ​who scored during the 2-2 draw with West Brom on Saturday, has been out for so long with injury that he could be sent out on loan for the 2018/19 campaign, and the futures of Daniel Sturridge and Divock Origi are unclear.

Signing Poulsen would certainly give Liverpool something different for opponents to contend with - the 6ft 4in star has a surprising turn of pace and could be a real handful. He could be the second Leipzig star to pitch up at Anfield this summer after Naby Keita.