​Liverpool boss Jurgen Klopp cut a frustrated figure after his side threw away a two goal advantage to succumb to a ​2-2 draw against West Brom, as he laid the blame at the feet of the officials and the quality of the pitch.

The Reds looked to destined to secure a comfortable win on the road after Danny Ings and Mohamed Salah both hit the back of the net at the Hawthorns.

Yet, ​Liverpool were powerless to stop the Baggies' comeback as the home side struck twice through Jake Livermore and Salomon Rondon in the final 11 minutes to leave Klopp seething on the touchline. 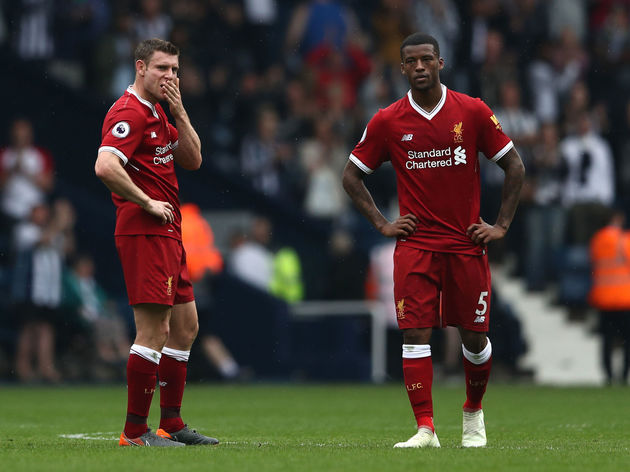 With Klopp intent on protecting his players, the German pointed towards Ahmed Hegazi's unsportsmanlike conduct which should have received a red card, a penalty claim which was denied after Ings was taken out by Craig Dawson and a pitch he claimed was too dry.

"I was not happy with the pitch, you can imagine that. It was a difficult game, especially after the pitch got drier and drier," he told ​Sky Sports.

"​West Brom obviously decided not to water the pitch in half-time again. And it was quite difficult. I

Game management and set piece defending have been largely excellent for Liverpool this season. That was a very uncharacteristic screw up at the end, compounded by an atrocious referee. Hugely frustrating as 20 minutes away from having top 4 in the bag.

"My analyst showed it to me [Hegazi's punch on Ings]. I do not have to say anything about that. I do not know why he did it, there was no reason for that, but he did it.

"We know what we are responsible for, but with the number of games, stuff like that, and then you need only the right decisions. Not on your side, not that, only the right and then everything is fine at the end and we win here 3-0 or 3-1."