​Luis Enrique and Carlo Ancelotti have been installed as the early front runners to replace Arsene Wenger in the Arsenal dugout next season.

Media reports across Europe have been red hot since the Frenchman announced that he will step down from his 22-year long role as Gunners boss, and it seems that two candidates are front and centre in Arsenal's plans to replace him.

​The Independent has claimed that ex-Barcelona gaffer Enrique has already opened talks with Arsenal over the possibility of replacing Wenger at the Emirates. 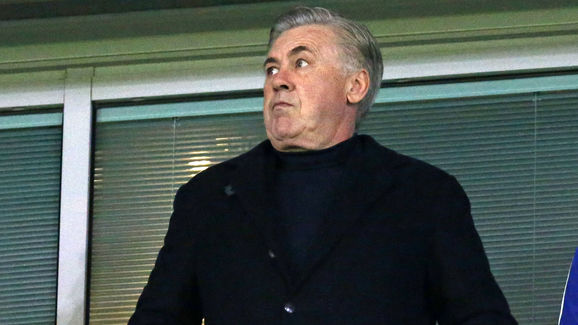 But a separate report from ​Le Parisien has hinted that former Chelsea and Bayern Munich boss Ancelotti is a 'big favourite' to land the job if he is offered it.

Enrique has been out of work for the past 12 months after he took a self-imposed sabbatical from management due to the pressures and stress that he worked under at Camp Nou.

The 47-year-old is refreshed and ready to return to the fold, however, and is already believed to have tentatively discussed the Arsenal vacancy with the north Londoners' representatives.

According to the Telegraph, here is the the managers-list for Arsène Wenger's replacement, who will leave at the end of the season.

Who do you want? pic.twitter.com/jiJG41HvOC

Enrique's relationship with Arsenal's new head of football relations - Raul Sanllehi - could tip the balance in his favour over Ancelotti, while others within the club's hierarchy rate the Spaniard highly too.

However, there are reservations over Enrique's salary demands with the former Barca boss requesting that he is paid around a similar wage that Wenger currently earns in the capital.

Enrique, who won nine trophies during his stint with La Blaugrana, will seemingly face off against Ancelotti in the battle for the post as the Italian eyes his own return to management.

"He is, without doubt, one of the greatest Premier League managers."

Players and managers pay tribute to Arsene Wenger as he is set to leave Arsenal.

Out of work since he was sacked by Bayern in September, Ancelotti has been a name bandied about Arsenal's corridors of power for a few seasons now as they wrestled over the decision to keep Wenger or let him go.

The 58-year-old would have a greater say over transfer targets and other club issues - powers he didn't possess at Chelsea or Bayern - and may be a slightly cheaper alternative to Enrique.

Other names thought to be in the frame include Arsenal legend Patrick Vieira, who currently manages New York City in the MLS, and Celtic boss Brendan Rodgers.