​Antonio Conte has added fuel to the fire in the latest row with Jose Mourinho by claiming the Manchester United boss was afforded a 'simple' start to life at the club as he compared their respective results after 100 games at helm at Stamford Bridge.

Conte notched his 100th game with a ​valuable 2-1 win over Burnley on Thursday, taking his tally to 65 victories, compared to Mourinho's 72 during his first spell at the club between 2004 and 2007. 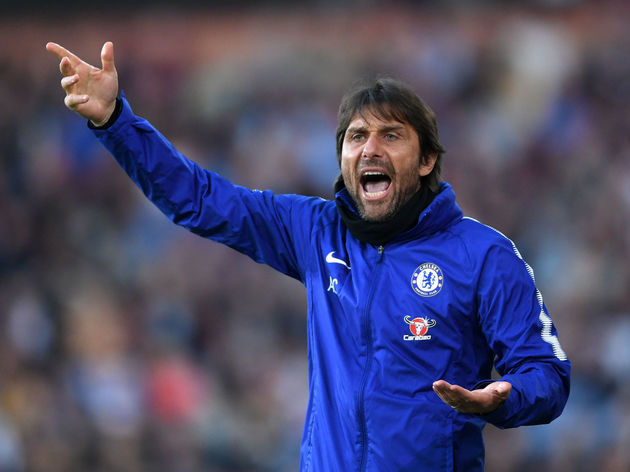 The current Blues boss, however, was quick to state his success with the Premier League club emerged from more difficult circumstances as he took a team who finished 10th in 2016 to the summit of the Premier League during his first season, whilst Mourinho inherited a side in second place before he too lifted the trophy in his debut season.

Asked about his record after a century of game, Conte said, via the ​Daily Mail: "I could do better. This is my mentality. We could have done better.

Conte is right - the squad Mourinho inherited was better than the squad he took over and the PL was less competitive in 2004. 65 wins in 100 games with current squad is very impressive.

"Now, it is not simple to have this run of results, in this present Chelsea. I’m pleased for the players, for the club, but we could do better.

"For Mourinho, it was a different era in the club’s history. I won a title with Juventus after they finished seventh twice before I arrived. It is a great, great achievement. Not a simple achievement.

"Last season we won a title after a 10th place. It’s a great, great achievement. Not a simple achievement. I don’t like the stats. I only found out after the game that it was my 100th game with Chelsea."

With speculation continuing to run rampant that Conte will part ways with the club in the summer, the Italian duly avoided the issue when asked if he could visualise another 100 games for the Blues.

He added: "It’s very difficult. In the past you could have a story like Arsene Wenger or Sir Alex Ferguson. You must live the present in football, because you don’t know what will happen tomorrow. Or even today."

Chelsea's hopes of ending the season on a high note largely rest on their ability to secure a victory over Southampton in the FA Cup semi-final on Sunday, where a possible match-up against Mourinho's United could await should both progress past the Saints and Tottenham respectively.