​Tottenham Hotspur are eyeing a summer swoop for ​Manchester United goalkeeper Sam Johnstone, per the Sun.

The 25-year-old has spent the last three-and-a-half seasons on loan with ​Championship side ​Aston Villa and has played rather impressively this term. 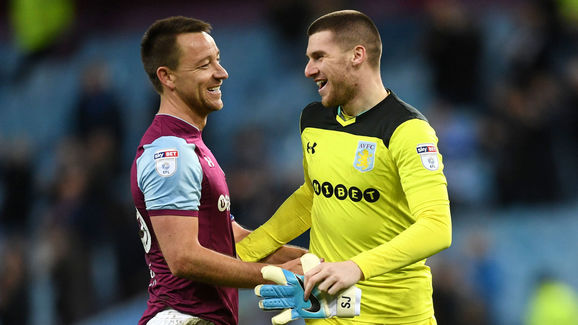 The Sun are reporting that Spurs are aiming to bring the stopper in as a back-up option for Hugo Lloris, as well as a replacement for Michel Vorm, with the 34-year-old likely to leave the club this summer as he will be out of contract.

The Dutchman has spent four years playing as the Londoners' backup goalie and is understood to be keen on being No.1 again before his career comes to an end. Johnstone, meanwhile, is also out of contract this year and will be able to leave the Red Devils on a free transfer in the summer. But United do have the option to extend his deal for another year and they are likely to trigger an extension and sell if they don't want to keep him instead of losing him for free.

The player has been loaned out to seven clubs by United since joining the side as a teenager during the 2010/11 campaign.

Villa, though, will possibly look to snatch him up on a permanent deal and do stand a great chance, given Steve Bruce's relationship with the Old Trafford side and their manager Jose Mourinho.

(You may also be interested in: ​Picking a Combined XI of Tottenham & Man Utd Players Ahead of Saturday's FA Cup Semi Final

But ​Tottenham will be able to make a better offer if it does come to that and could find themselves in a battle to get the stopper off United's books for good.