W90
WorldNews
Lists
Next Article
When do Arsenal play first after the World Cup?

​Arsenal and ​Tottenham have been handed a massive boost over transfer target Malcom after Bordeaux admitted he could be sold this summer.

The Brazilian forward has featured highly on the north London rivals' shortlist of potential signings, and could be available to join a ​Premier League giant in the close season according to the ​Metro.

The paper carried quotes from Bordeaux's majority shareholder Nicolas de Tavernost, who revealed that one of the French club's stars - obviously Malcom in all but name - would be allowed to depart across the English channel if a suitable bid was made for him. 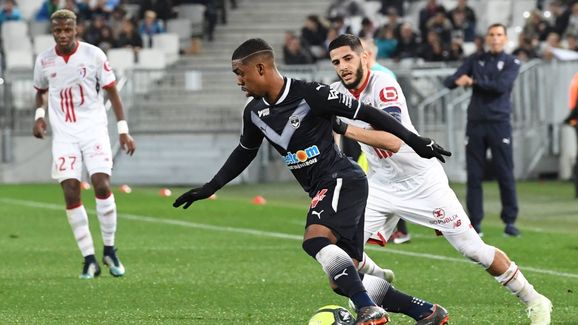 De Tavernost said: "There is a major player from Brazil who you know wants to leave the club and we will do that in all of our interests. It is the reason we bought this player in the first place, to eventually sell him in between seasons."

​Arsenal and Spurs were both linked with winter swoops for Malcom back in January, but neither side was able to convince Bordeaux to let their winger leave midway through the season.

it is unclear if the Gunners will remain in the hunt for Malcom when the summer window opens, however, after Arsene Wenger announced that he will step down from his role as head coach of the club at the end of this term.

Malcom is thought to be valued at around £60m - a fee that many interested parties may be hesitant to stump up - but ​Bundesliga champions ​Bayern Munich, who have also expressed interest in him, may be able to fork over that cash.

Malcom may be seen as a viable alternative to veteran star Arjen Robben, who has penned a new deal to remain in the German capital but only has a couple of years left at the highest level.

Malcom, who says he would like to play for Paris Saint-Germain someday, is contracted to Bordeaux until June 2021 and has weighed in with nine goals and seven assists in 33 games this season.