Newcastle United loan star Kenedy has admitted he would be open to making his switch permanent at the end of the season, should the opportunity arise.

The 22-year-old left-sided utility man, currently on loan from Chelsea, has taken to life in the north east since his temporary move from Stamford Bridge in January; netting two goals and grabbing the same amount of assists in his nine outings.

However, the Brazilian's impact has been more than mere figures, with the energetic creator's attitude and application of his talents pivotal in the Magpies' now extremely likely ​Premier League survival.

If Hatem Ben Arfa is one of the most exciting players to have worn a #NUFC shirt in the last decade then what does that make Kenedy? Immense.

And while speaking to the Daily Mail about his time in Newcastle and what the future potentially holds, Kenedy admitted the connection he feels with the St James' Park faithful could be a significant factor in any decision he makes this summer.

“I am enjoying my time at ​Newcastle, but obviously I have a contract at ​Chelsea,” he said.

“Rafa helps me a lot, every day. But the thing I am most thankful for is that he had belief in me and gave me this chance. 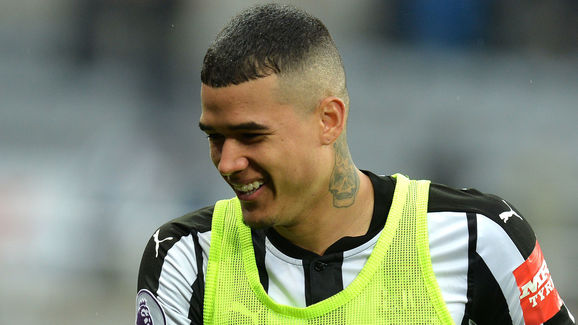 (You may also like: ​Newcastle Eye Permanent Move for Loan Star But Could Be Priced Out As Chelsea Wait for Improved Bids

“I never imagined it would have gone so well. They have amazing fans; they are crazy for the team — fanatical, beautiful, I feel privileged to be around them.

“My first goal was an amazing sensation. When I saw the celebration in the stand, that gives you the energy to do whatever it takes.”

It seems, therefore, that a significant portion of Kenedy's future rests on Benitez's, and with owner Mike Ashley still struggling to seal a takeover deal with the