​Arsenal manger Arsene Wenger has backed the idea that former Gunners captain Patrick Vieira could succeed him as boss at the Emirates Stadium, describing the young coach as having 'potential'.

Speculation linking Vieira with the post if Wenger leaves the club at the end of the season emerged earlier this week, and the incumbent has responded positively to suggestions that his former skipper could end up in charge in north London. 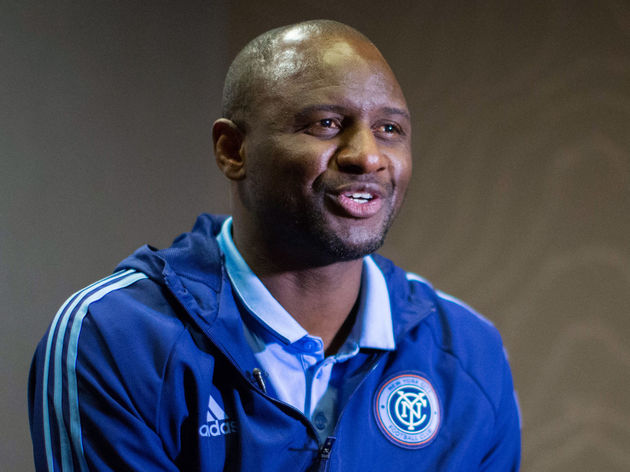 "He works in the moment in New York and he works for Man City. He's a guy who has the potential one day, yes," Wenger is quoted as saying by Sky Sports.

"I've followed his managerial career. I think he does very well but overall, this Premier League is special. You have to come in and there are plenty of former players who played here who have potential, the intelligence and knowledge to do it."

It would appear that he puts Vieira in that 'intelligent' group.

Vieira retired a Manchester City player in 2011 and was retained by the club upon hanging up his boots. He initially worked as a 'Football Development Executive' and was later appointed manager of City's Under-23 'Elite Development Squad' in 2013.

From there, Vieira was appointed head coach at sister MLS club New York City ahead of the 2016 season and led the team from the Big Apple to their first ever playoff appearance that year. He followed that up in 2017, with NYC second in the overall standings.

Vieira's relationship with Wenger began in 1996 when the latter was appointed Arsenal manager following a spell coaching in Japan. The midfielder had arrived several months earlier after a failed stint at AC Milan, but it was already known that Wenger was on his way and so the former Monaco boss was still a huge factor behind Vieira choosing the Gunners.