​​Tottenham Hotspur boss Mauricio Pochettino has expressed his eagerness to get as much of the club's transfer business as possible done before the World Cup kicks off on June 14 to avoid getting caught out with rising prices.

The Argentine manager, now in his fourth season at Spurs, would like to complete signings ahead of the competition in Russia as he does not want to have to compete with other clubs or miss out on getting the player for a lower fee.

“It is so dangerous to go and scout players in the World Cup because if a player is good, how after are you going to sign him?” Pochettino said, as quoted by ​The Times. 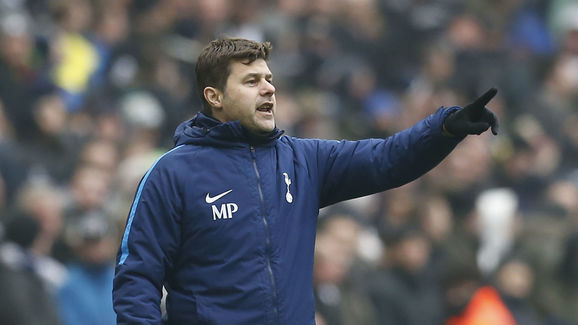 “Sometimes you need to anticipate, ‘OK, this player can be good for us’ and then he goes to the World Cup. But you need to sign before it starts because he is doing well, or you will have competition if they are good [at the World Cup]."

Pochettino also explained that he would not want a players performance at the World Cup, alone, to determine their future. Some players will overachieve and some players will underachieve, and therefore it is not an accurate representation of the players ability. Somewhat ironically then, the Times' report highlights Spurs' thee key summer targets as Fulham's Ryan Sessegnon, Crystal Palace winger Wilfried Zaha and Bordeaux star Malcom - none of whom are likely to be playing in this sumner's World Cup.

Zaha's Ivory Coast did not qualify for the tournament, while Sessegnon and Malcom are uncapped at senior level and highly unlikely to travel with England and Brazil to Russia.

However, Sessegnon has lit up the ​Championship this season with his impressive performances for Fulham and the 17-year-old has was crowned ​Championship Player of the Year.

While he has been linked with Manchester United among others, Pochettino's penchant for giving opportunities to young players might boost Spurs chances of landing the wonderkid.

Wilfried Zaha has been a vital player for Crystal Palace again this term, and the Eagles have failed to record a win in the Premier League in his absence since 2016. The 25-year-old is just entering his prime, and like Sessegnon would offer speed and technique out wide.​​