​Serie A giants Juventus have hit a stumbling block in their pursuit of ​Manchester United star Anthony Martial despite being in contact with the Frenchman's representatives.

It has been known for some time that the Old Lady have been keeping an eye on Martial, with the 22-year-old growing increasingly frustrated at the lack of game time he is getting under 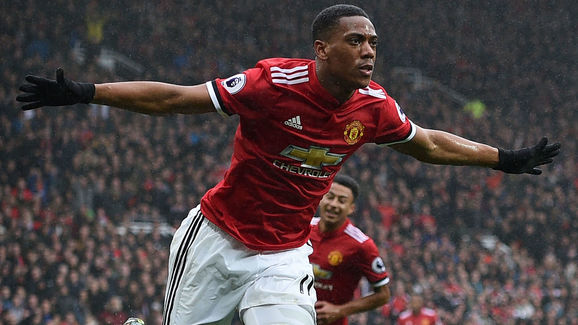 Juventus reportedly wanted to secure a Bosman deal for Martial next season, similar to their pursuit of ​Liverpool midfielder Emre Can, as the former AS Monaco forward may become a free agent in 2019 (United do hold an option to trigger a further year on his deal) and it is rumoured that he has already turned his nose up at a new deal at ​Old Trafford​.

But as Martial becomes increasingly eager on a move away from Manchester sooner rather than later, ​Juventus are growing concerned that they will not be able to match the financial capabilities of other suitors from across Europe.

Italian outlet Calciomercatosuggest that Bayern Munich will be on the inside track for Martial's signature if the Frenchman tries to force through a move this summer.

The only player Manchester United should consider swapping Anthony Martial out for is Paulo Dybala. Otherwise keep him at all costs. Would be such a huge mistake selling him. The boy is full of talent.