​Lucas Vazquez has sought to defend himself amid the continuing storm over Real Madrid's last-minute penalty award in their Champions League triumph over Juventus.

The forward was pushed over in the area by Medhi Benatia in injury time at Santiago Bernabeu on Wednesday, and referee Michael Oliver saw no alternative but to award the hosts a spot kick much to Juventus' fury.

In quotes attributed to Vazquez after the final whistle by ​FourFourTwo, the winger stated that it was a clear cut penalty and that Oliver had made the correct decision to allow Cristiano Ronaldo to fire Los Blancos into the semi finals of the tournament. 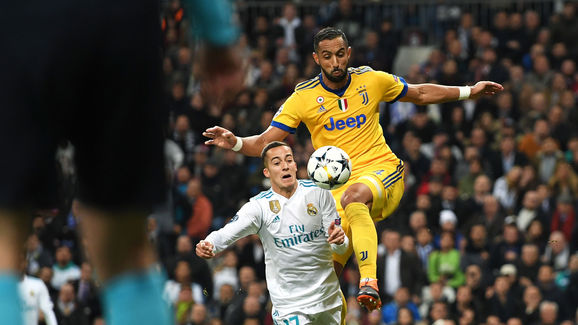 He said: "Yes, it was [a penalty]. When I went to hit the ball the centre-back arrived from behind and knocked me down. There's no discussion. It's normal [that Juventus players protested], it was the final minute."

Juventus had come from 3-0 down in the first leg to level the tie at 3-3 thanks to Mario Mandzukic's brace and Blaise Matuidi's second half goal.

The contest appeared to be heading towards extra time but, in the 93rd minute, Benatia knocked Vazquez to the ground and allowed for Oliver to point to the spot.

If you haven’t seen Real Madrid’s penalty and the ensuing madness, here you go: pic.twitter.com/1ajXCuinRc

Ronaldo stepped up to rifle home from 12 yards and send Real through 4-3 on aggregate, but not until after a furious Juventus team had had Gianluigi Buffon sent off for leading the angry protests against Oliver's decision.

Benatia, for his part, claimed that it shouldn't have been a penalty for Zinedine Zidane's men as he insisted he had touched the ball before the Real attacker.

He said: "I went around Vazquez and got the ball. He just went down because he had nothing else to do at that point. You can see the ball bounce off my foot and change direction. Going out to a penalty like that is absurd.

"We are the victims of this situation, but we're very proud of what we did tonight."