​Antoine Griezmann may yet stay at Atletico Madrid beyond this sumer, as the Spanish giants draw up a new bumper contract for their star forward.

Barcelona and Manchester United have been heavily linked with making moves for the France international over the past 12 months but, according to the ​Mirror, Atleti could be ready to make him their highest-paid player to keep him out of their hands.

Griezmann is rumoured to be offered a new £300,000-a-week deal to ensure he commits his future to the Wanda Metropolitano-based club. ​The player himself admitted he will decide his future before the World Cup and Barcelona are believed to be front runners to land the 27-year-old as they look to revitalise their forward line. United's interest by contrast has somewhat cooled since a failed attempt to land the forward last summer.

Atletico manager Diego Simeone committed his own future to Los Rojiblancos earlier in April, and it is hoped that his decision to renew his deal with his current side will convince Griezmann to do likewise.

Griezmann does have an eye watering minimum release clause fee in his current contract - a fee thought to be around £100m - which is hardly off-putting for a player of his ability in today's market.

Atletico would be extremely reluctant to let Griezmann leave for Camp Nou and strengthen a title rival, while a switch to the Premier League doesn't appear to be in the striker's interests due to comments he made last summer about the British weather.

If Griezmann was to leave the Spanish capital, it would leave Simeone frantically searching for new blood up top with club legend Fernando Torres already deciding to head for pastures new when his contract expires in July. 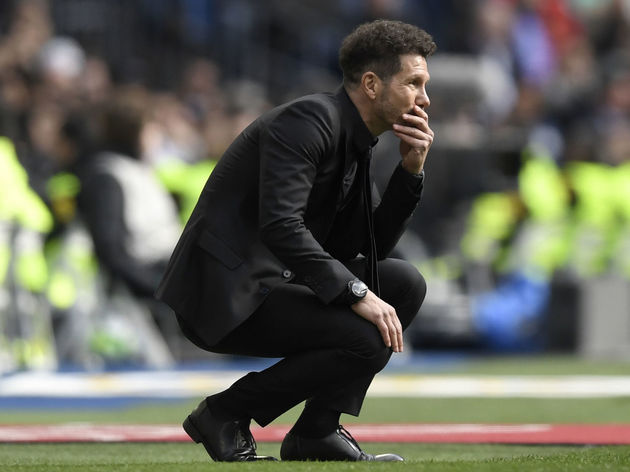 It would leave Diego Costa as the main man at Wanda Metropolitano, but Simeone would certainly need attacking reinforcements to back up the Spain international in the event he gets injured or suspended.