​Japan have officially announced the sacking of manager

JFA technical director Akira Nishino has been brought in as Halilhodzic's replacement with only ten weeks before Japan kick off their World Cup campaign. They begin the competition with a tough tie against Colombia on June 19, followed by encounters with Senegal and Poland to see out the group stages. 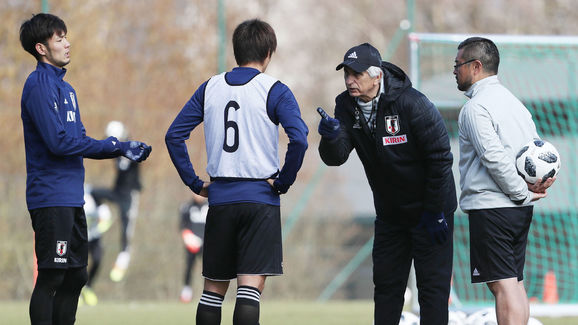 The Japanese have a lot of work to do in order to qualify from the first round; both Colombia and Poland will be expected to make their way into the knockout stages, while Senegal will also pose a stern test.

Japanese international and ​Southampton centre back Maya Yoshida has admitted his chock at the choice to replace the team's manager, but will focus on doing as well at the World Cup as possible as the countdown continues.

"You never know what can happen in football," he told Kyodo News.

"We'll do everything we can to produce good results [at the World Cup]. It's all about results in this game."