​Manchester United could once more end up being used as a bargaining tool by Cristiano Ronaldo and his camp as the five-time Ballon d'Or looks to secure a lucrative new contract with Real Madrid.

Craving recognition as the best in the world, Ronaldo is believed to be seeking fresh terms that will see him go back ahead of great rival Lionel Messi as the planet's highest paid player. 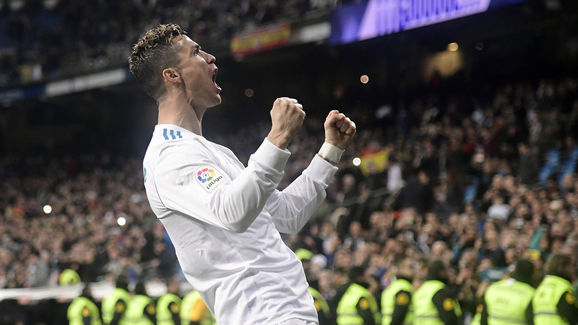 It was reported earlier this week that 'secret talks' between agent Jorge Mendes and Real are underway. But the latest gossip from Diario Gol claims Ronaldo's camp could force Los Blancos' hand by telling them there is a huge offer to rejoin his former club.

Talk of Ronaldo returning to United has never been far away from the headlines ever since he left Old Trafford for Spain in a world record move in the summer of 2009.

Diario Gol suggests that Ronaldo, who has returned to top form in recent months after a slow start to 2017/18, knows he has offers elsewhere if Real are not willing to meet his demands.

One of those suitors is apparently United, who the Spanish outlet, notorious in the media world for often spouting spurious stories, claim have put a 'scandalous' figure on the table.

Whether there is any truth to that remains to be seen. Similar has happened in the past when United were heavily linked with Ronaldo, only for him to sign a new deal with Real instead. The Old Trafford club once also found themselves at the centre of a transfer frenzy when Sergio Ramos was looking for a new deal, ultimately just serving as a pawn in the contract game.

Ronaldo's camp will be well aware that rumoured interest from United again this time may be enough to scare Real into action, even if they have to feed the media false or vastly exaggerated stories to make that happen.