​Atletico Madrid capitalised on two defensive errors to beat Portuguese side Sporting CP on Thursday night, as Koke and Antoine Griezmann scored in a comfortable 2-0 win.

Atletico are the favourites for this season's Europa League, alongside Premier league outfit Arsenal and Italian side Lazio, and looked the part during a solid opening. The home side doubled their advantage on the night and in the tie shortly before half-time, courtesy of another error from Sporting.

Jeremy Mathieu, formerly of Atletico's La Liga rivals Barcelona, allowed Diego Costa's pass to slip between his legs as it ran through to Griezmann, who scampered in on goal before finishing low beyond the hapless Rui Patricio.

There was little hope for Sporting after the second goal with Atletico notoriously strong in defence, having only conceded 14 goals in 30 La Liga games so far this season.

Diego Simeone's intention to win the tournament was clear to see when Atletico announced their team, with regulars Diego Godin, Griezmann, Koke and Costa all featuring from the outset.

The Spanish club's hopes for domestic glory look slim, with Barcelona running away with La Liga and currently nine points clear with eight games to go, but their performance on Thursday showed why they are still revered as a European power.

Fredy Montero should have scored a tap in late on for Sporting after Jan Oblak parried a shot but embarrassingly skied over when it seemed easier to score.

Elsewhere on Thursday night, ​Arsenal took a firm grip on their tie with CSKA Moscow, producing a brilliant first half display to blow their Russian opponents away and ​running out 4-1 winners. 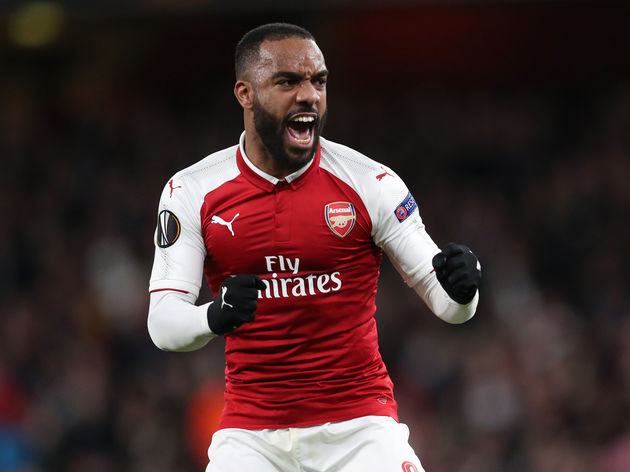