Described by one reputable news outlet in 2007 as ‘a Tottenham Hotspur player’, Pascal Chimbonda left his stamp all over the ​Premier League during the noughties. The fast and industrious right-back was bought by a number of managers between 2005 and 2011, and if you followed Premier League football during that period (particularly full backs) you are bound to know his name.

In 2005, Paul Jewell brought Chimbonda to Wigan from Bastia, for a fee worth £500k. In today’s volatile transfer market, with clubs paying extortionate prices even for defenders, that number would probably be in the region of £600k. 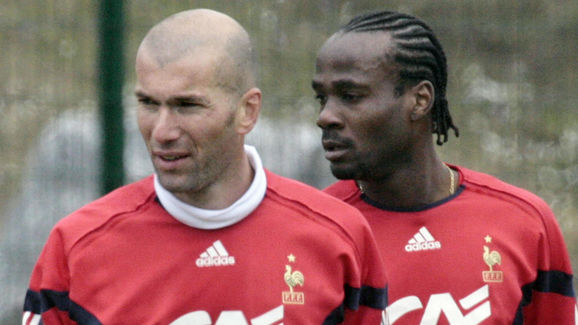 (Above: Chimbonda near greatness)

In his first season in England, his performances for Wigan earned him a place in Raymond Domenech’s World Cup squad. At the tournament, his contribution involved sitting still on the bench as his French teammates went all the way to the final. If you pause it at the right moment, you can see the top corner of Chimbonda’s head on the screen as a disgraced Zinedine Zidane trudges off following that red card against Italy.

By the end of the 2005/06 season, ‘Powerful Pascal’ had also attracted attention from some of England’s top clubs, including ​Tottenham. In wonderfully tactless style, he decided to play all 90 minutes of his last match for Wigan with a written transfer request stuffed down his sock, which he presented to Jewell in the dressing room immediately after the game. Chimbonda has a feeling this might be why the former Wigan boss has not made much of an effort to remain in contact.

But he got his way, and after the World Cup completed his £4.5m switch to Spurs. He hit the ground running in North London, earning praise from his manager Martin Jol, and maintaining a spot in the starting eleven despite competition from a player called Stephen Kelly, apparently. 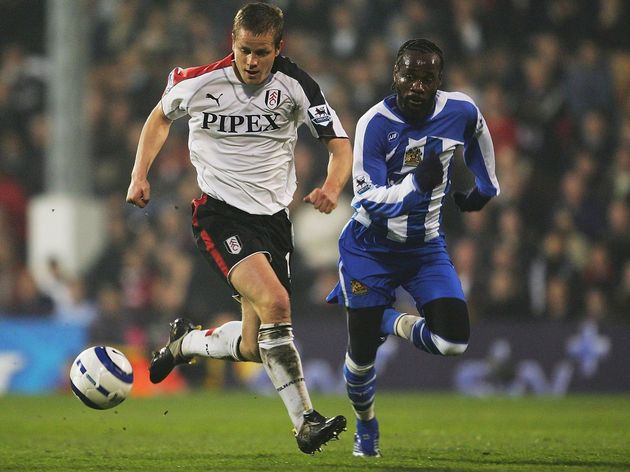 (Above: Pascal at Wigan. Transfer request in sock not pictured)

But in January of 2006, Pascal’s behaviour in a match against Newcastle landed him in hot water. In an uncharacteristic explosion of gruesome aggression, he removed his left glove and used it as a weapon to slap Nicky Butt’s head. It caused outrage amongst all on the pitch, as players from both sides clashed in one of the most exciting things to happen in ​Newcastle that year.

Spells at Sunderland, Blackburn and QPR followed for this Premier League classic, and it says a lot for Chimbonda’s undoubted ability that so many clubs continued to add him to their ranks.

That’s why he is the first name on our list of Classic Premier League Players.

Chimbonda - at the age of 39- plays for non-league side Washington FC, where he continues to keep whoever Stephen Kelly is out of the team. (Only half of this is true.)

"Before I came, I had a big opportunity to play for Marseille and I turned it down to play for Wigan."