Liverpool midfielder Adam Lallana could miss out on a place in Gareth Southgate's World Cup squad this summer after suffering yet another injury in the Reds' recent win over ​Crystal Palace.

The 29-year-old has made just two ​Premier League starts this season as he continues to battle an injury-hit career on Merseyside.

Lallana came on as a second half substitute at Selhurst Park at the weekend, replacing 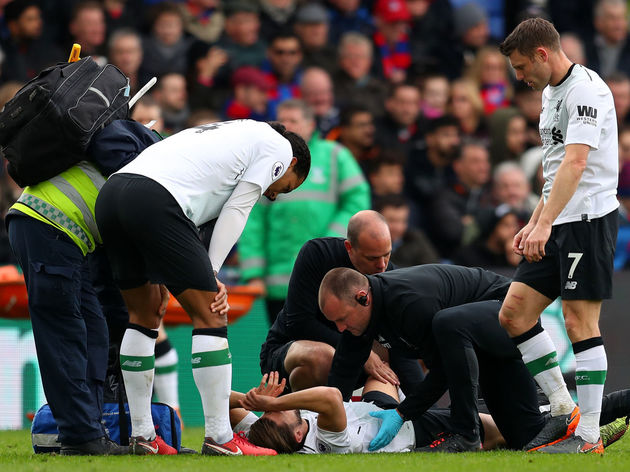 5 - Adam Lallana's spell of five minutes is the shortest amount of time a substitute has played before being subbed off in the Premier League this season. Cameo.