Chiellini was ruled out when ​Juve faced Suarez's Barça in the Champions League final just under a year after the 2014 World Cup. He was also missing when the clubs met in the group stage of the competition this season, but did play a heroic role in last season's quarter final. 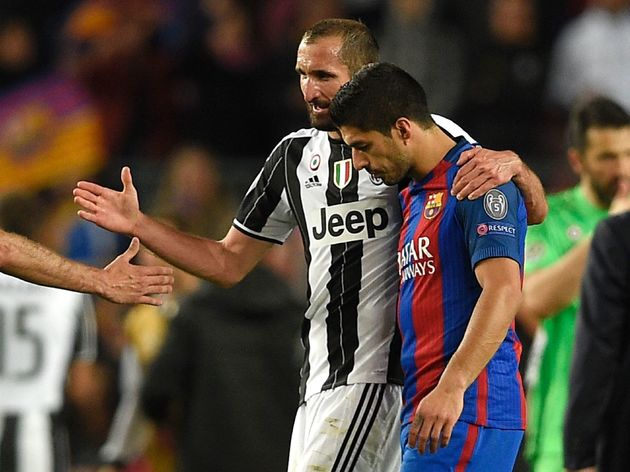 With Juve facing ​Real Madrid and Barça facing Roma in this season's quarter final, there remains a chance that they could be paired again later in the competition.

If that is the case, Chiellini would look forward to it and greet Suarez warmly.

"We have crossed paths on the pitch [since 2014] and it has been a pleasure because he is a great forward and it always means a challenge," the 33-year-old told El Mundo.

"I would like to swap my shirt with him." Suarez, who completed an €82m switch from ​Liverpool to Camp Nou in the weeks that followed the bite on Chiellini, was slapped with a four-month ban by FIFA for his behaviour. But his victim believes the extent of the punishment was excessive and overly harsh.

"His sanction, with the penalty of not being able to enter the stadiums, seemed to me exaggerated. He was an example of what the World Cup means," Chiellini said.

(You may also be interested in 'Netflix & Skill: 7 Football Movies, Series & Documentaries to Watch This Year')