​​Arsenal are standing firm over a new deal for Jack Wilshere and will not offer the England midfielder a six-figure wage unless other clubs show an interest in taking him away from the Emirates.

Wilshere's current deal expires at the end of the ongoing season and according to ​the Sun, Arsenal are prepared to renew his contract to the tune of £90,000-a-week.

The Gunners are playing hardball because they do not believe other clubs will be prepared to offer Wilshere the £100,000-a-week that could lure him away from north London, but their stance could yet backfire if Wilshere believes that he is not properly appreciated at the club.

Premier league is back ⚽️ pic.twitter.com/hYY4blI99m

Arsenal are also reluctant to go overboard with their offer because of Wilshere's persistent injury problems, which could yet rule him out of contention for Gareth Southgate's World Cup squad. He missed England's friendlies against the Netherlands and Italy with a sore tendon.

Wilshere has become an integral part of the Arsenal side again this season after spending the last campaign on loan at Bournemouth and ​being told that he could leave the Emirates last summer.

Arsene Wenger recently hinted that Wilshere could be in line for the Arsenal captaincy when current skipper Per Mertesacker leaves this summer. 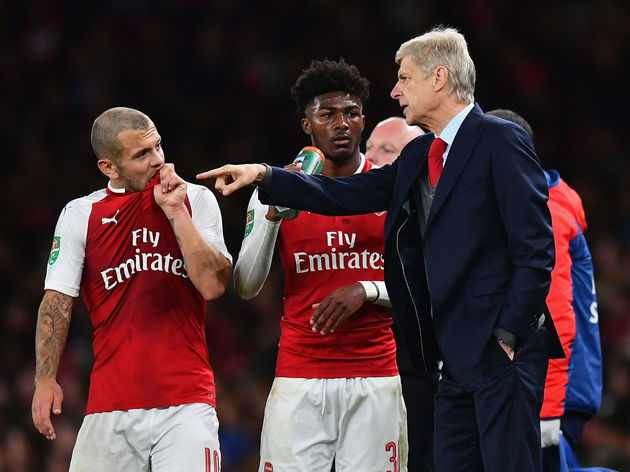 "I just thought the combination of history, the fact that he's a long term player for the club, the fact that he has experience and knowledge now, I trust now to make him captain," ​Wenger said.

Wilshere has played for Arsenal 33 times this season during a troubled campaign, with the Gunners set to miss out on a place in the top four, although they could yet clinch a Champions League berth via the Europa League.

They face ​Stoke in the ​Premier League on Sunday before the first leg against CSKA Moscow on Thursday.