If one thing has become clear at Liverpool this season, it's the fact that fans just want Dejan Lovren replaced.

A few days ago, many ​called for the club to bring Leicester City's Harry Maguire in as a replacementafter watching him play for England. But another centre-back has since been placed under the microscope, with 18-year-old 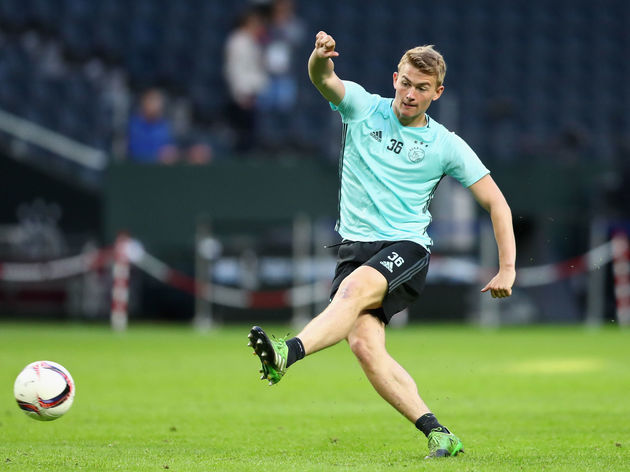 Wouldn't mind Liverpool getting de Ligt in the summer. 18-years-old! What a player he's going to be. And what a natural partnership with van Dijk.

This 18 year old has ronaldo in his pocket

He would be a de-light to watch in Anfield.

I am sure you're all hoping what I'm hoping. That Van Dijk is whispering sweet nothings to De Ligt about life in Liverpool.

@LFC PLEASE SIGN MATTHIJS DE LIGT IMMEDIATELY!! HE IS WHO WE NEED AT THIS CLUB. HIM AND VAN DIJK WOULD BE A BOSS PAIRING!! #LFC

The more I see of De Ligt the more I want LFC to sign him. 18 years old. Scary talent.

Gonna be way too expensive sadly. But luckily he is at least playing for my national team