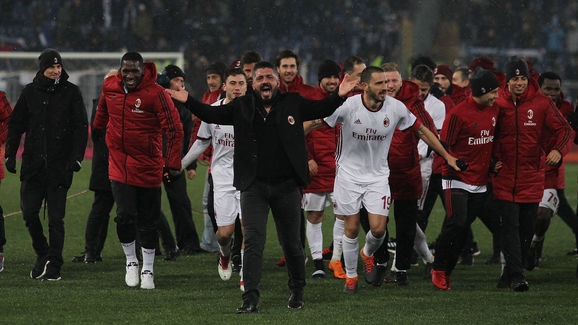 "I don't think there are going to be any problems. Rino [Gattuso], and I've been telling you this for a while, is going to be one of the best coaches in circulation in years to come so I believe it's right that Milan keep a firm hold on him."

Previous reports suggest that ​Gattuso's new deal would extend his contract with club until 2021. Milan dropped out of the Europa League after defeat over two legs to ​Arsenal, but are making a late bid for Champions League qualification and have reached the Coppa Italia final where they will play Juventus. The sporting director added: "You may have thought that he was just a caretaker coach, but you will never have heard us saying that," Mirabelli said. "We thought we had found our coach given his human and technical qualities. You still don't know him well, you'll see.

"There's a great feeling with Gattuso.