​Adam Lallana believes his physical and mental freshness come the back end of the season will prove instrumental in securing his place in England's World Cup squad this summer.

The ​Liverpool midfielder has been plagued by injury this season after suffering a thigh strain during the Reds' pre-season, limiting the 29-year-old to just three starting appearances this term for his club - ensuring his substitute appearance for the ​Three Lions on Tuesday was his first in nine months. 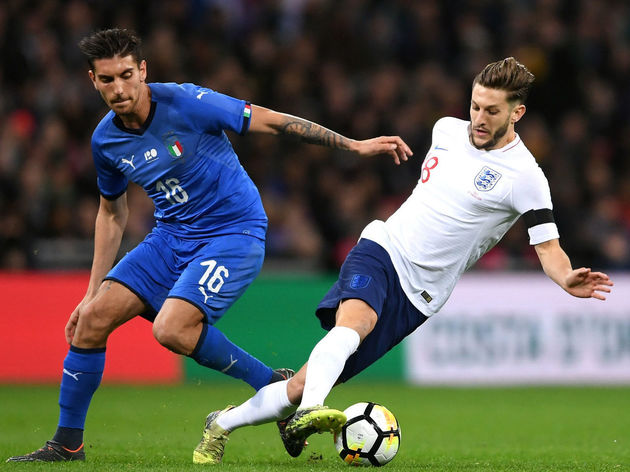 Despite being on the periphery for both club and country this season, Lallana revealed he has used his time on the sidelines during international breaks to study where his place would be in Gareth Southgate's system to boost his chances of a place in the World Cup squad.

The work he has done off field has left Lallana feeling confident over his chances of being in Russia in the summer as he said, via the ​Daily Mail:

"If I had to be back fit for one part of the season then it’s the back end, the business part. I’m raring to go.”@officialAL20  per cent ready for the run-in ➡️ https://t.co/S8s0JItHfG pic.twitter.com/njcs2I8XvO

"Me and the boss have got a great relationship. We've been speaking frequently throughout the season. He's been interested to know where I've been on my rehab, I've been down to St George's Park a couple of times. He recognises what I bring to the team.

With seven ​Premier League games remaining and a Champions League quarter final clash with ​Manchester City on the horizon, Lallana feels as though he has timed his return to perfection as he seeks to rediscover his 'rhythm'.

He added: "I've had a long layoff but I'm back for the business end of the season," he continued. "I'm fully fit now. It's just about getting that rhythm. It's about playing competitive football.

"I'm confident enough in my ability and what I bring to the squad. I'm smart enough not to be complacent. At any level I'm not built with complacency."