​Everton are leading the race to sign Arsenal midfielder Jack Wilshere should he decide to leave the Gunners, according to the ​Daily Star.

Wilshere's contract saga keeps rumbling on and it seems that the 26-year-old is nowhere near reaching an agreement with over a new deal.

The Englishman's constant injuries troubles had made Arsenal reluctant to offer Wilshere an improved deal. Reports have claimed that he has been offered a pay-as-you-play deal as well as pay cut which would see his wages drop from £110,000-a-week to £90,000. 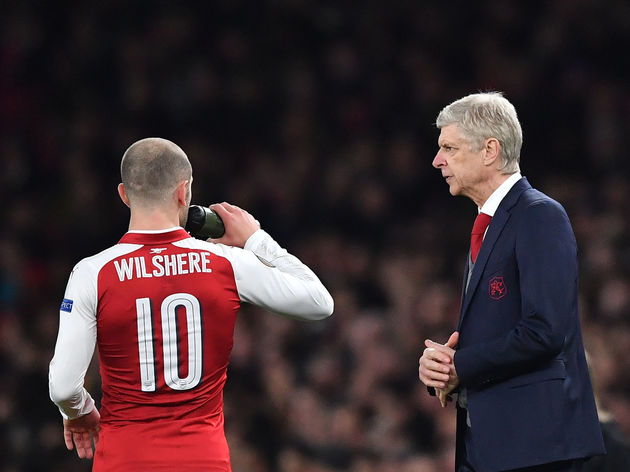 His deal with Arsenal expires at the end of the season and Everton have emerged as the favourites to sign Wilshere should he decide to leave his boyhood club in the summer.

Wilshere has enjoyed a relatively injury-free season with Arsenal this term and has made 31 appearances in all competitions. However, he was forced to pull out of the England squad this week with knee tendinitis, which has not helped Wilshere's case in his battle for a better deal.

​Arsenal boss Arsene Wenger is still keen to tie Wilshere down to a new deal at Arsenal, and ​backs the midfielder to sign before the summer. Wenger also hinted at ​Wilshere being handed the captain's armband in the future in a bid to convince him to stay.

Meanwhile, Everton could see Wilshere as a good fit at Goodison Park as they have struggled for consistency in midfield this season. Injuries to James McCarthy and Gylfi Sigurdsson have forced rotation in the middle of the park. Wilshere swapping red for blue would also see him reunite with former teammate Theo Walcott.