The international break is finally over, and we could all tune in to regular programming on the weekend. With things coming to a close on Tuesday, here's a roundup of some of the best friendly action that kicked off on the night.

Belgium are now regarded as one of the favourites for the World Cup in the summer. And they really showed off against Saudi Arabia, putting four past the Middle-Eastern side as Romelu Lukaku scored a brace while Michy Batshuayi and Kevin de Bruyne each added one.

Spain smashed six past Argentina for a 6-1 win after goals from Diego Costa, Isco (3), Thiago Alcantara and Iago Aspas.

In their first meeting since that 7-1 decimation during the 2014 World Cup, Brazil and Germany squared off and the South Americans drew first blood through Gabriel Jesus's first-half strike. That would be enough to win it for Selecao, who must be feeling slightly better about themselves.

Poland and South Korea put on a late show, with Robert Lewandowski and Kamil Grosicki putting their country ahead only for South Korea to score two in the 85th and 87th minutes. Piotr Zielinski, however, stole the win for Poland in the second minute of stoppage time. 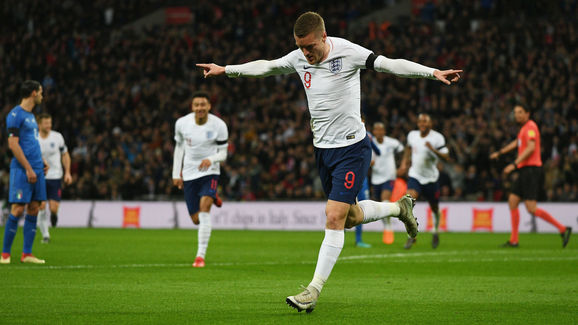 Leicester City forward Jamie Vardy looked to have scored the winner for England against Italy in the 26th minute of their friendly, but a clumsy foul on

Egypt, meanwhile, have fallen to a second consecutive defeat, losing 1-0 to Greece after suffering a 2-1 defeat to Portugal last week.