A tattoo parlour in Fulham has revealed the lengths Alvaro Morata went to break his recent goalless streak - going as far as to get 'lucky' new ink.

The Spaniard headed to a tattoo artist in ​Fulham who has previously done work for the likes of former Chelsea boss Jose Mourinho and Eden Hazard.

After getting inked, Morata went on to end his run of 13 games without a goal with a cool finish past Kasper Schmeichel in Chelsea's ​2-1 FA Cup quarter final victory over Leicester.

​​The tattoo was kept a secret until the £60m forward broke his duck, and after his goal against ​Leicester, Fulham Tattoo posted on Instagram: ''

The 25-year-old moved to Chelsea from ​Real Madrid for £60m in the summer and started life in the ​Premier League brilliantly before slumping to a goal scoring drought that stretched back to Boxing Day. 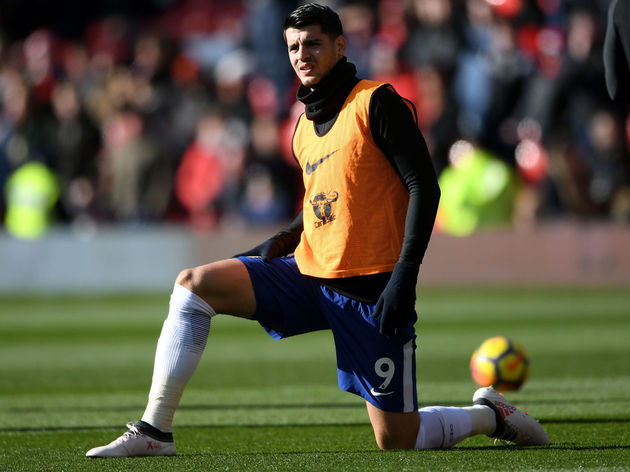 Morata fell out of favour with manager Antonio Conte and it was looking like the Spanish striker would be yet another flop up front for Chelsea.

However, he will now be hoping to push on after breaking his duck, and regain his place in the side. Morata will need to put in some fine performances before the end of the season to earn himself a place in Spain's World Cup squad.