​Liverpool remain eager to sign RB Leipzig striker Timo Werner and will move for the Germany international during the summer transfer window.

Despite Mohamed Salah scoring for fun this season and Roberto Firmino and Sadio Mane ably supporting the Egyptian, it appears Reds manager Jurgen Klopp still wants another attacking player for his side.

According to German publication ​Bild, Klopp has "serious interest" in signing Werner, who has starred for Leipzig this season with 11 goals and three assists in 25 Bundesliga appearances. Werner has been continuously linked with ​Liverpool this season, and ​Manchester United and ​Arsenal also supposedly monitoring the 22-year-old, but whether a move will materialise this summer remains to be seen.

"I'm definitely still going to be playing here next year."

Bayern Munich and ​Real Madrid are also touted destinations for Werner, who has made 11 international appearances for Germany, scoring seven goals. 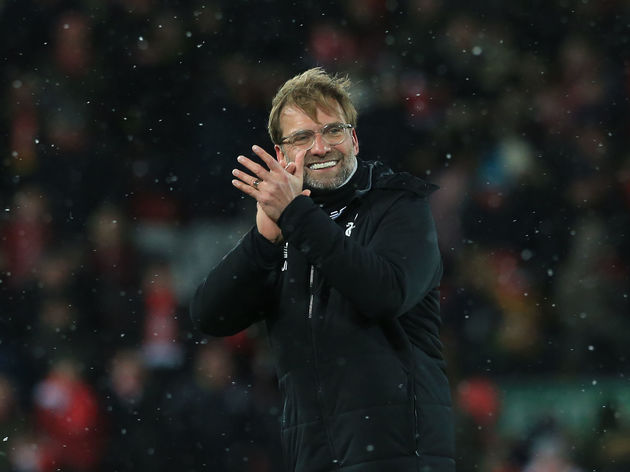 Liverpool's attack has been their strength in recent seasons, with Salah top of the ​Premier League scoring charts with 28 goals. Firmino has 14 strikes, while Mane has registered a further eight.

Werner's Leipzig are currently embroiled in a fight for Champions League qualification, with the club two points behind fourth-placed Eintracht Frankfurt.

Werner was instrumental in Leipzig's recent 2-1 win over ​Bayern Munich, scoring the winner from a Naby Keita assist, with the Guinea international having previously equalised after Sandro Wagner put the ​Bundesliga champions ahead in the 12th minute.