​Tottenham winger Heung-min Son has heaped praise on teammate Harry Kane - labelling him as 'the best in the world'.

The England striker has had another fine season for the Lilywhites and has scored 24 league goals before getting injured against ​Bournemouth. The 24-year-old damaged ankle ligaments during the 4-1 over Bournemouth at the Vitality Stadium and is currently recuperating. ​He is set to resume training midway through next month.

South Korean Son stepped up against the Cherries in Kane's absence by scoring two goals to continue his fine campaign of his own, but the former Bayer Leverkusen star is sure the team will miss the superstar going forward.

He said, as quoted by ​Sky Sports: "Harry Kane is, of course, a very important player for England because he's the best player in the world. 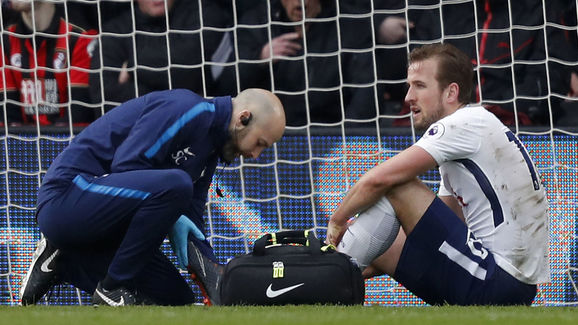 "This is football, so sometimes you get injuries, but as ​Tottenham we need to play without Harry. It's very sad but the other players have to be ready. I'm not like Harry, I'm just trying to practice every day, but it's a good opportunity to make something happen.

"I've proved a lot of things while at Tottenham in two and a half years, I've enjoyed it a lot and I'm really happy to be there because they work hard and this is what I want."

Supposedly club officials are keen to open talks with Son about an extension with the club as a reward for his fantastic showing since his 2015 move, which is sure to go down well with fans.