Speaking to the ​official club website, Lanzini expressed his great love for the Hammers, saying: "

This will bang when he’s first out of the door when we go down...

Until a big club comes knocking

Prove it by signing a new contract.

Although, it must be said in their defence that Lanzini did also refuse to rule out a future move in the same interview. He said: "I don’t know what will happen in the future, but today I am very, very happy and I love playing here." With the Hammers languishing only just above the relegation zone in 17th position, it could be very likely that if the club were relegated, Lanzini would move on.

It is certainly a worrying time for ​West Ham at the moment, with the whole club seemingly in complete turmoil. And, any talk of future player departures is unlikely to make it feel any better. 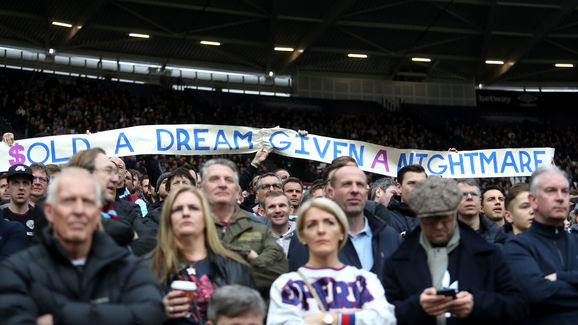 As the board continue to attempt to diffuse the dire situation at the club, West Ham face ​Southampton at the London Stadium next Saturday.

Failing to win, fan discontent will only continue and one wonders if