Jack Wilshere will not take part when England host Italy in a pre-World Cup friendly (not for Italy) on Tuesday night.

The Arsenal star has been struggling with an injury and was made to miss the ​1-0 win over Hollandon Friday night. The FA have since confirmed that he will not feature when the Three Lions play I Azzurri next week.

A couple of squad updates as we head to London:

Unlike Wilshere, Gomez will remain in the England camp while he's assessed further. 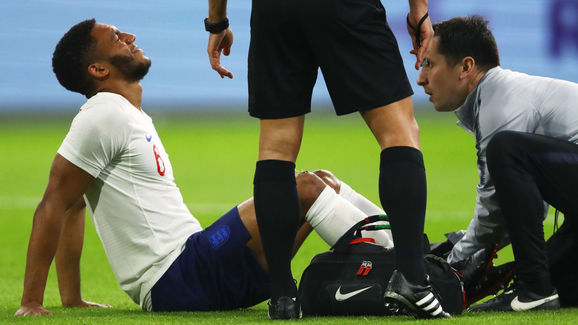 "Joe Gomez remains with the squad for further assessment following his substitution in last night's game," they added.

This setback could prove costly for Gomez, who missed out on a chance to impress Southgate on Friday and might miss out on another if he isn't ready to play by next week. Wilshere, meanwhile, may be forced to reconsider ​Arsenal's offer of lowered wages now that he's suffered yet another injury.