PSG were rumoured to be going all out to snag Enrique, a coach with a proven record in the Champions League after guiding Barça to glory as part of an historic treble in 2014/15.

But ​Chelsea are seemingly equally keen and a report from French publication Le Parisien has claimed that Enrique will definitely not be the new PSG coach next season because he is already 'heading towards Chelsea instead'. Incumbent Stamford Bridge boss Conte has come under increasing pressure after a poor defence of the ​Premier League title he guided the team to in record breaking fashion last season. The Italian has also been at war with Stamford Bridge officials over transfer policy and appears ready to give up.

It was rumoured earlier this season that he would be sacked as soon as Chelsea were eliminated from the Champions League. That came last week after a comprehensive Last 16 aggregate defeat against ​Barcelona, but he remains in charge as the FA Cup is still on offer to win. 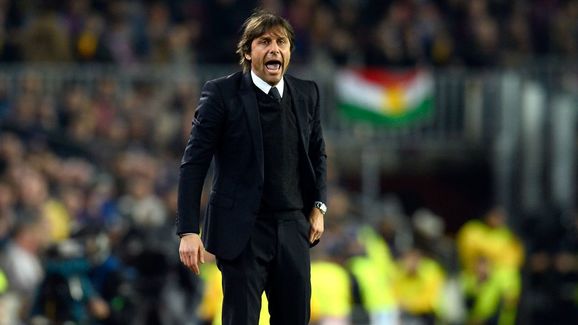 It had been suggested that PSG might actually go for Conte. But after seemingly missing out on Enrique, the French champions will now target respected Juventus boss Massimiliano Allegri, according to a report by ESPN this week.

Allegri has continued ​Juve's domestic dominance in Italy since taking over from Conte in Turin in 2014 and has led the club to two Champions League finals in the last three seasons. That European record in particular is said to be attracting PSG president Nasser Al-Khelaifi.