Win a meet and greet with Dwayne Johnson! Enter here (UK entrants only)

It comes shortly after reports this week of a supposedly 'miserable' Sanchez eating alone in the United canteen, with the player being likened to 2014 flop Angel Di Maria 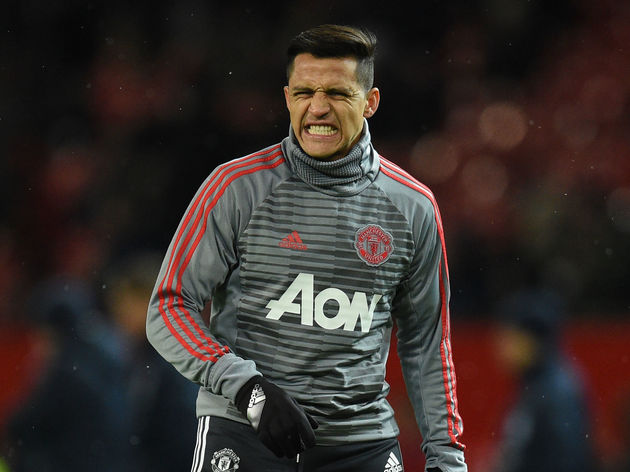 "As I am self-demanding, I expected something better," Sanchez, who is currently with the Chile squad on international duty in Sweden, acknowledged in comments published by the Daily Mirror.

"After my arrival at United, it was hard to change everything very quickly," he added.

Sanchez admits even hesitating over linking up with his international team-mates this month in a bid to get to grips with his new surroundings, but was persuaded by colleague and captain Claudio Bravo to make the trip to Scandinavia.

"I had asked permission to miss these games, but then I thought better and spoke with Claudio and told him that we should all be united," the 29-year-old explained.

"The change of club was something that was very abrupt - it was the first time I've changed clubs in January. But many things have happened in my life that are difficult."

Citing those previous challenges he's faced in life, such as growing up in humble surroundings, being abandoned by his biological father and more recently losing his adoptive father to cancer, Sanchez appears determined to overcome his struggles.

After facing Sweden at the weekend, Sanchez and his Chile team-mates will then have a clash against Denmark to prepare for. Club football resumes on 31st March when United play ​Swansea at Old Trafford in the ​Premier League, a week before the Manchester derby.