AS Roma goalkeeper Alisson is staying focused on his Serie A and Champions League campaign this season, according to his agent. However, his various suitors have been given hope after it was reported that he will discuss his future before jetting off to the World Cup this summer.

The Brazil international has been attracting high profile interest from ​Premier League side ​Liverpool, while ​Real Madrid have also declared their desire in signing the 25-year-old in recent weeks. 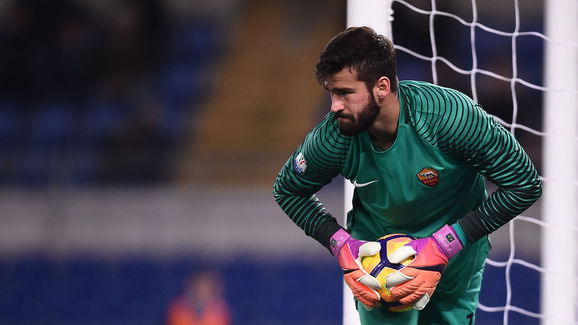 The Roma star has become one of the most highly sought after goalkeepers in Europe following a £7m move to the Stadio Olimpico in 2016 and Alisson's agent, Internacional shot-stopper wouldn't be discussing his future in Rome until the summer.

"Will he sign a new contract? Now he is focused only in Serie A and on the Champions League.

Liverpool's transfer policy is actually underrated of late. The way Klopp always look for quality not quantity has worked very well. Signed Salah, Keita and Van Dijk without competition and now targeting Jorginho and Alisson. All superb players who can become even better.

"We have a great relationship with Roma. We never spoke with Liverpool about him. Now Alisson only thinks in present time.

"I don’t know how much he will cost. It depends on Roma and the transfer market."

Gianluigi Buffon, Samir Handanovic and Gianluigi Donnarumma in ​Serie A.