Tottenham are poised to make another attempt to sign ​Crystal Palace star Wilfried Zaha in the summer.

That is according to the Daily Mail, who are reporting that the north Londoners will make a £40m bid for the talented winger.

Crystal Palace have earned 1.43 points per game when Wilfried Zaha has started this season. That record would see them seventh if he had started all of their 31 games so far.

Imagine if the Eagles didn't have Wilfried Zaha!

Imagine if England did... pic.twitter.com/Z81q5j6UmI

Roy Hodgson, though, isn't expected to be pleased with such a bid given the player's importance, with Palace likely to demand more if they even consider selling Zaha.

The Eagles have lost all of the Premier League games they've played without Zaha so far this season, but enjoyed a 2-0 win over ​Huddersfield on Saturday when he made his first start since returning from a knee injury this month.

​Tottenham have made attempts to sign the player in the past, having offered £12m for him in 2016. Club chairman Steve Parish branded the offer 'ridiculous', and a subsequent £21m bid did very little to change his mind. 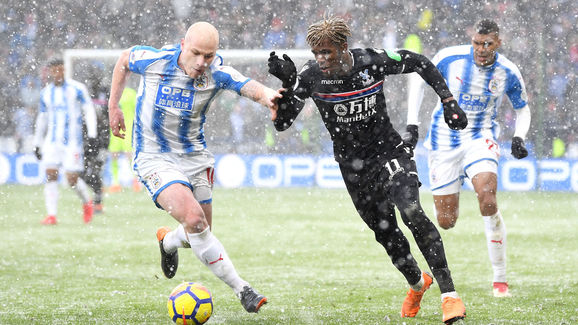 Zaha is contracted to Palace until 2022 and currently earns £100,000 a week in wages, but it is believed that he will leave Selhurst Park in the summer even if the club escapes the drop.

​Premier League champions Chelsea are also reported as having an interest in signing the Ivory Coast international, who has completed 87 dribbles so far this season, a stat only bested by Eden Hazard's 128, per EA Sports data.

'Crystal Palace are relegation material without Zaha'@IanWright0 thinks Wilfried Zaha is the best player outside the top six - do you agree? 樂 pic.twitter.com/BXaUUTl7bR

The Blues have had a subdued title defence and have already conceded defeat to ​Manchester City. They are now looking towards next season, and fans will hope that they can sign quality players this time around after watching them disappoint immensely in the last two windows.