It would appear that Valbuena, now with Fenerbahce in Turkey, is happy to bury the hatchet with Benzema two-and-a-half years after the forward was arrested over his part in an attempted blackmail of Valbuena relating to a sex tape.

Benzema was alleged to be a middle man between the blackmailers and Valbuena, who claimed in November 2015 that Benzema had 'indirectly' suggested his France team-mate would need to pay for a video, said to contain sex scenes involving Valbeuna and his girlfriend, to be returned.

Speaking in November 2015, Valbuena publicly stated that Benzema was 'insistent' that he meet someone and found such behaviour strange. 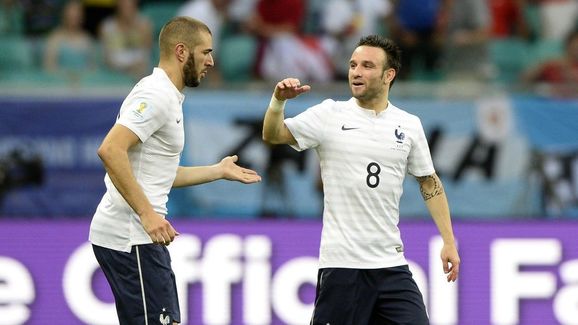 Benzema, who hasn't played for France since 2015 because of the scandal, has always maintained his innocence and won a key legal battle last summer when a French appeals court sided with him over claims of police acting 'dishonestly'.

But, with his absence from the national team more than likely to result in an omission from the World Cup squad this summer, he is still not prepared to put things behind him and Valbuena personally.