​Manchester United managed to end a turbulent week with a win on a wintry Saturday at Old Trafford, as they beat Brighton and Hove Albion 2-0 to seal a place in the last four of the FA Cup.

Goals in either half from Romelu Lukaku and Nemanja Matic were enough to ensure victory, despite some nervy moments, and United will now join ​Tottenham in tie semi final ties at Wembley on the weekend of April 21. Even after the hefty criticism that came their way following Champions League elimination on Tuesday - and for the manner of the defeat to Sevilla, mainly - it was never going to be the swashbuckling attacking football of the old United in reaction. Jose Mourinho has done a pretty good job of making his bed, and it's clear he'll always try and win in the way he knows how.

While it may not have worked in midweek, his method worked on Saturday. It's become a United trend that scoring first is the key to their victories, and it was Lukaku's header eight minutes before the break - after a lovely cross from Matic - which sent them on their way. It was one of very few first half moments which saw the hosts threaten ​Brighton's goal.

United did strike the post on the half hour mark through Chris Smalling's close range shot, which came about after good work by Anthony Martial and Juan Mata forced a corner, but for all their possession, there was very little goalmouth action.

In the Brighton goalmouth, anyway. Chris Hughton's side certainly had a good go of it. Shades of United's performance against Sevilla occurred here too, with United's midfield all too willing to let the visitors play. Brighton used their time on the ball effectively, but it was Lewis Dunk's header which saw them go closest in the first half. It forced a good reaction save out of Sergio Romero.

As the match went on, the home crowd, you could sense, started to grow nervy and tense. It's easy to understand why given the manner in which Sevilla dumped United out of Europe, and Brighton tried their best to recreate the scene. 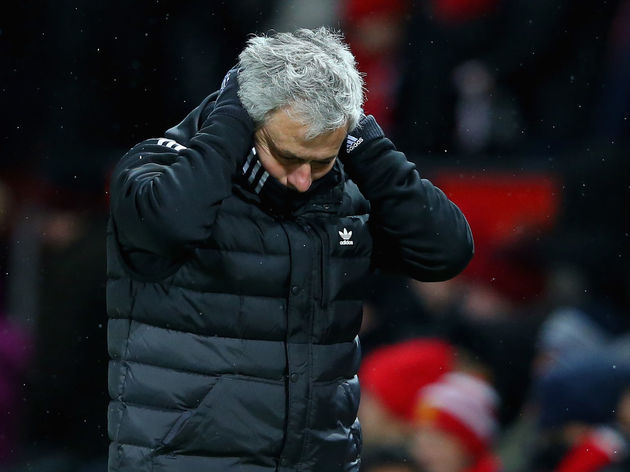 Murray was introduced shortly after as Brighton searched for an equaliser, but United managed to hold firm and round the game off with eight minutes to go, courtesy of Matic. A neat free kick from Ashley Young found the Serb at the back post, and he nodded the ball past Tim Krul to send United into the last four.

The hosts were not at their best by any means, but victory here will help ease the pressure on the players, and Mourinho himself, going into the international break. Brighton now turn their attention to earning ​Premier League survival, with United set to visit them on the penultimate day of the Premier League season.

The team news is in, #MUFC fans! Here's our starting XI for tonight's #FACup quarter-final... pic.twitter.com/eprNt67Hm5